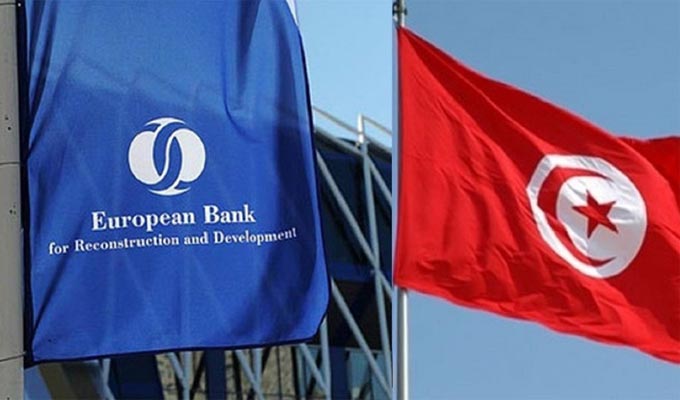 According to the latest regional economic prospects report, released by the European Bank for Reconstruction and Development (EBRD) Tuesday, Tunisia’s GDP is projected to grow by 2.7 per cent in 2021 and 2.9 per cent in 2022, supported by the impact of improved weather conditions on agriculture, notably olive oil production.

Meanwhile, the recovery will depend on the pace of vaccination allowing the reopening of the economy, including for the tourism sector. a strong and sustainable recovery will, however, depend on reforms, as fiscal tightening is expected to hold back a stronger recovery.

Tunisia’s economy contracted 8.8 per cent contraction in 2020. The economic downturn continued in the first quarter of 2021 as GDP contracted by 3 per cent year-on-year.

For the southern and eastern part of the Mediterranean basin (SEMED region) the EBRD is raising its economic growth forecast to 3.5 percent in 2021.

This return to growth follows a 2.1 percent decline in gross domestic product (GDP) in the SEMED region in 2020.

However, the Bank warns that the pace of recovery could vary across economies, due to a slow recovery in tourism, increasing fiscal pressures, and political uncertainty across the region.

For 2022, EBRD economists forecast continued growth, which could reach 4.6 per cent provided the region’s economies are supported by structural reforms, a recovery in foreign investment, and stronger trade flows.