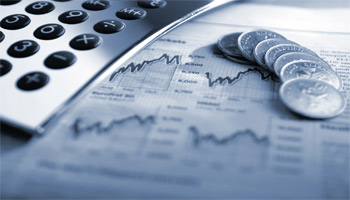 “The economic fundamentals remain promising in the long term, Tunisia’s economic decision-makers looking to accelerate recovery in the country after a difficult 2015 years and encourage sustainable growth in 2016”. This is what emerges from a study prepared by Oxford Business Group (OBG).

According to the study, the economy has much strength which the country plans to leverage over the coming years. With a well-educated population, well maintained and developed industrial base infrastructure networks, the country has maintained a GDP per capita of around 5% per year over the 20 years prior to 2011, ranking second in this regard among countries of the MENA region.

Tunisia also has a diverse export sector, including in particular extractive activities such as oil and phosphate, as well as a considerable agricultural sector and manufacturing industry with strong links with the European production chains, especially with regard to automotive, textile and electronic products.

“The Tunisian economy should nevertheless keep up economic recovery in the short-medium term. In August, the Central Bank of Tunisia (BCT) said the economy has entered “technical recession” after a GDP contraction of 0.2% and 0.7% quarter on quarter in the first and second quarter. In the third quarter, GDP posted a 0.1% decrease year on year, “notes the study of OBG.

As of 2015, the study noted a drop in domestic demand and credit growth declined and inflation fell to an annualized rate of 4.2% in the third quarter, against 5.5 % in the first quarter.

Tunisia ports rather correct results if we take into account the 2011 unrest but structural economic reforms to reduce bureaucracy, fight corruption and increase economic competitiveness have not progressed at the expected speed, notes the study of OBG.

The security concerns remain high, particularly affecting the tourism sector, which contributed to up to 14.5% GDP in 2014.

“According to the BCT, tourism revenues dropped by 33.4% over the first ten months of 2015, reaching 2.1 billion dinars (EUR 951.9 million). The main sources of foreign exchange earnings, including exports and production of phosphates, also experienced a decline, “reads the study.

As is the case for many emerging economies on the continent experiencing the same types of deficiencies, overcoming the twin deficits plaguing the country is a key policy objective.

The deficit widened and reached 4.4% of GDP in 2015, partly because of wage increases in the public service. The outlook in the short term is, however, encouraging to the extent that the government intends to reduce the budget deficit to 3.9% of GDP in 2016, according to Slim Chaker, the Minister of Finance.

To do so, it will raise 6 billion dinars (€ 2.7 billion) of internal and external funding.

According to the same study, significant progress has already been made regarding the current account deficit which improved significantly to an estimated 7.6% of GDP in 2015 while in 2014 it reached the record level of almost 8.8% of GDP, lower commodity prices and reduced tourism revenues should limit recovery over the next year.