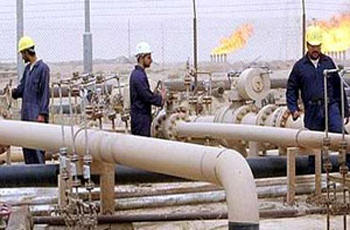 A pipeline under construction in Tunisia will help unlock the potential of the country’s gas-rich southern region and reduce Tunisia’s reliance on imported gas.

The route will have a capacity of up to 10 million cubic meters per day and will run 370 km from Nawara in the south of the country to the port city of Gabés. It will form part of the South Tunisian Gas Pipeline project (STGP), which also includes a central processing facility at Nawara and a gas treatment plant at Gabés.

The project is being carried out by Tunisian NOC Entreprise Tunisienne d’Activités Pétrolières (ETAP) and Austria’s OMV in a 50/50 joint venture.

Construction work began in summer 2015 and the project is due to be commissioned in 2017, according to an OMV representative.

The completion of the pipeline may encourage further development of southern Tunisia’s gas resources. The Nawara pipeline is “going to be a phenomenal driver for business in southern Tunisia”, Trent Rehill, president of license-holder Winstar Tunisia, told Interfax.

The pipeline will allow license-holders to access buyers for their gas. “We’ve got a number of very attractive drilling targets for gas condensate, but [without] the pipeline we can’t drill those because we can’t commercialize them,” said Rehill.

Other explorers are in a similar position. “I think a lot of the players in southern Tunisia are waiting for that pipeline to be built and functional to put on the next gas campaign of drilling,” Rehill added.

The lack of oil resources in the south of the country has previously discouraged investment. “It’s evident that southern Tunisia is not a true oil province but really a gas condensate province,” said Rehill.

The aim of the STGP project is to “produce Tunisian gas for the Tunisian market”, an OMV representative told Interfax. Gas from the Nawara pipeline could displace imports from Algeria that enter the country at El Borma before being piped to Gabès.

This would help Tunisia reduce its dependence on imported gas. “They are paying a high tariff for Algerian gas and so any Tunisian gas that can take its place will come to market,” said Rehill.

As a license-holder in southern Tunisia as well as a project sponsor, OMV will use the pipeline to supply more than 10% of Tunisia’s gas needs by 2017. This could rise to 20-25%, according to market sources.

Those able to produce associated gas will be first in line to secure access to the pipeline, said Rehill.

As well as encouraging companies already present in southern Tunisia to invest, the pipeline may boost interest in open licenses in the south.

ETAP has yet to award licenses for several southern concessions, including El Hamra, Bir Ben Tartar, Ksar Ghilane, Telemzane, Ksar Lemza, Kamour and Taguelmit. The presence of a major pipeline may convince explorers to apply for the licenses.

But while the Nawara pipeline will help connect areas of supply to centers of demand, transporting the gas will add to its overall cost, as will increased security concerns in the region.

Ahmed Bassalah, a Tunis-based independent oil and gas consultant, told Interfax gas from areas near the Algerian and Libyan borders costs more to produce than gas from coastal areas as a result.

These issues are manageable, according to some exploration and production companies working in Tunisia, as the gas can be extracted relatively cheaply. But for expensive extraction projects such as shale development, the pipeline is unlikely to increase activity.

While shale gas potential exists in southern Tunisia, the costs are prohibitive in the current low-price environment and there is plenty of untapped conventional potential.

“There’s a huge amount of conventional, easily exportable hydrocarbons to come to market,” said Rehill. “There is potential for shale oil and shale gas, but that’s a lot more expensive to commercialize.”

“There is [shale] potential, but the key thing is that conventional [resources] will have to be developed first,” Edward van Kersbergen, chairman of Mazarine Energy, told Interfax. “There is clearly potential in the south, but there’s little point in looking at this.”

However, were shale gas development to take off in the future, the new pipeline could easily be expanded if demand exceeds capacity, said Rehill.