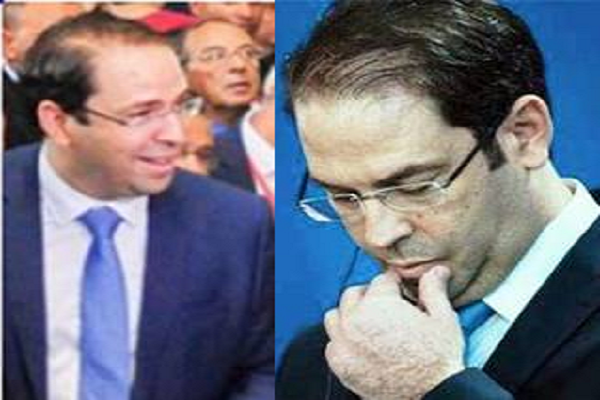 At the end of the current year, Youssef Chahed will have spent 16 months (27 August 2016-31 December 2017) at the head of the 5th government of Tunisia after Ben Ali and the 2nd government of the second Republic.

With this duration, he will have done better than the two premiers of the 1st Troika (Hammadi Jebali with 14 months and Ali Larayedh with 10 months) and 2 months less than his predecessor in El Kasbah, Habib Essid.

Just like the latter, the lobbying begins to be felt so that he leaves the armchair. Much ink has been shed on his relations with his party, Nidaa Tounes, and the party’s founder, the head of state Béji Caïd Essebsi (BCE).

Chahed is so fanciful about it that he thinks he is obliged at every media appearance to repeat that he will not be running for BCE’s Office.

Still, Youssef Chahed still holds up, despite the pressures. All agree, however, that the year 2018 could be fatal.

2018 will indeed be a pivotal year in the political stability that Tunisia needs.

Full of “bad surprises”, especially economic and tax, it will begin with a month of January known through contemporary Tunisian history as the month of all dangers for any political power in place.

It is in addition, from the beginning of the famous month of January, that Tunisian consumers should feel the first impacts of the 2018 Finance Act, especially those of the VAT, on their wallets and their purchasing power.

And it is at the end of this famous January that employees, public and private, should feel the pecuniary effects of the various measures of the 2018 Finance Act, to deal with the difficulties suffered by the social funds in particular, with the new Social Solidarity Contribution of 1% for all incomes.

Top 3 of the Head of the National Unity Government (NUG)

The Head of the NUG, however, was not that bad. To his credit, we could at least find him three achievements.

First, there is the recovery of growth to 2%. That growth was also of better quality, even if it remains little job-generating.

The unemployment rate has not fallen below the 15% mark yet. Indeed, unemployment remains the Achilles heel of the State of the 2nd Republic and a thorn in the foot of all governments of this new Republic.

In what could also be called the “top 3” of the NUG, one could also count the two reviews of the IMF, in May and October 2017, which should make it possible to finance the budget, whereas no one believed it .

Finally there was the adoption of the social security contribution for the reform of the retirement, which is also a reform made with the agreement of the labor organization.

Even if the effects of this reform on the purchasing power of Tunisian citizens will be felt only from January 2018.

That reform could also be understood only in “Black Side” and make forget its effects on pension funds and the CNAM (Sickness Insurance Fund).

The 3 flops of Youssef Chahed

At the box office of the Youssef Chahed government, failures seem to weigh more heavily in the balance. There is of course the blacklist of tax havens.

An error, of judgment and timing and even language (the answer would indeed have been written in Arabic and sent as such to the EU), on the part of the Tunisian financial administration in its response to requests, clarifications and commitments, from the European Union, which says a lot about crisis management by this government.

A parliamentary committee has been set up to determine the responsibilities in this case. In vain. There had also been a lot of talk about the “focal point” as the direct blame for this mistake. No sanctions have been taken.

Management of the Kamour crisis.

What the International Center for Foresight and Studies on Development (CIPED) of the former Governor of BCT Taoufik Baccar wrote about this, was distressing.

“The Agreement of El Kamour, signed between the government and Tunisian nationals, natural persons, is explained but is not justified.

In addition to creating the precedent and legitimizing repetition, its consequences on the foundations of the political organization chosen by Tunisia, are of an unsuspected scale, as in the neighborhood, on the legal and moral authority of the State and its ability to manage public affairs in the future.

Its signatories are neither competent (the government) nor empowered (the citizens) for this purpose.

Apart from the fact that the “cause” of this contract (cessation of criminal acts) is unlawful, which renders it, in terms of law, null and void. But there was already the example of the Kerkennah agreement!

The Tunisian dinar continues to crumble against the European and American currencies.

From the end of 2016 until 15 December 2017, the dinar has lost 17.3% and 6.1% of its value against the euro and the US dollar, respectively, the BCT reported in its latest note on economic and financial developments.

That tumble is not without effects on inflation of which part is imported.

We will also pass the prices that the successive ministers of trade in Chahed’s government still cannot manage with the 6.3% inflation in November 2017.

We will pass again on the rise of the imports which it still cannot stop (45.3 billion DT against 38 billion DT in November 2016), the exports which it is still not able to boost enough, the increase in the payroll (12.1 billion DT out of the 17.6 billion of own resources of the budget), that it still cannot stop and the industrial production, that it does not manage to rise above the 0.2% for all the year last September.

We will also not comment on the 3 points lost in the Global Competitiveness Index and the 11 points lost on the Ease of doing business index between 2016 and 2017.

One year and four months after entering El Kasbah, this is how Youssef Chahed’s balance sheet is established. Everything is just fine!