Tunisia: El Abassi promises inflation rate will be reduced to 5.3% by end 2020 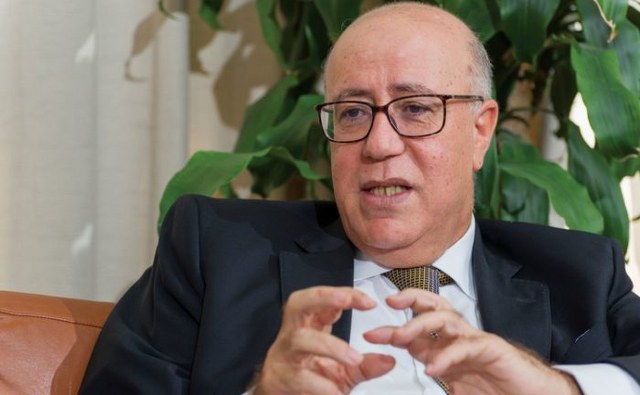 The recently established exchange offices have managed to collect foreign currency worth 1 billion dinars, much of which comes from the informal sector, Governor of the Central Bank of Tunisia (BCT), Marouan El Abassi said at a virtual press conference on Thursday, October 1.

He stressed that the effort made by these exchange offices has helped consolidate the overall volume of foreign exchange reserves in the country which currently stands at 21.2 billion dinars, equivalent to 141 days of imports.

Keeping this respectable level of foreign exchange reserves, despite the fall in tourism revenues (a shortfall of 2.5 billion dinars), has been also helped by a significant drop in imports, a significant reduction in oil barrel prices, which has reduced the energy bill, and a decline in demand for foreign currency, in the context of travel.

“In addition to this, labor income has maintained the same level before the health crisis (currently at the level of 4 billion dinars),” he added.

Tunisia has always suffered from a deficit of decision-making

“Today is the time or never to launch the reforms needed for the smooth running of our economy,” said the BCT governor adding “Tunisia has always suffered from a deficit of decision-making, even before the Revolution.

“We are facing a particular crisis the impact of which will be significant on all sectors of activity, hence the imperative to have a spirit of solidarity, to support our national production, to limit our imports, to exploit our resources rationally and to ensure that we overcome the problems hampering a number of activities, such as phosphate,” he pointed out.

El Abbasi also said “we must lay the foundations for good growth, which is based on boosting productive investment, production and exports,” reiterating the imperative to strengthen the country’s presence in its traditional markets, including Libya and Algeria.

At the same time, the governor called for the launch of an economic stimulus program to help public enterprises overcome their financial difficulties, and to restructure several activities in the private sector, particularly tourism, in order to make the most of these wealth-generating activities.

He recommended, in the medium term, to pay more attention and support a number of strategic sectors, including agribusiness, construction industry, textiles, pharmaceutical industries …, in order to succeed in our economic recovery.

Regaining confidence in the Dinar

We expect the inflation rate to fall to 5.3% by 2020. The average rate for the whole year 2020, would then be around 5.6%, said the Governor of the Central Bank of Tunisia, the objective being, according to him, to bring the inflation rate, in a next phase, to its ordinary levels (between 3 and 4%).

On the basis of this gradual regression of the inflation rate, recorded during the last months, the BCT decided to lower its key interest rate by 50 basis points, to bring it down to 6.25%, the governor said.

The BCT had increased this rate, repeatedly, since 2017, until February 2019 (by 350 points), to cope with the inflation which was around 7% in 2018, and especially with the core inflation that had exceeded 10%.

“The decisions to increase key rates also made it possible to reduce massive imports, whose repercussions were clear on the trade balance and current account.

On another front, El Abassi reported a stabilization of the exchange rate of the dinar against foreign currencies since April 2019, “which shows a renewed confidence in our local currency, on the one hand, and the emergence of a rational and non-speculative import behavior, on the other hand,” he said.

Department of Energy, South Africa to give keynote at Argus Africa...