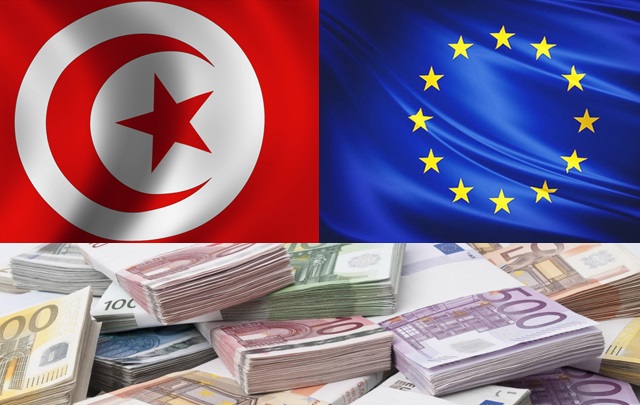 The Assembly of People’s Representatives (ARP), on Thursday, adopted a bill on the loan agreement under which the European Union grants Tunisia a loan of about €600 million, under financial support. The draft law was approved by a majority of 89 votes, 9 abstentions while 21 members voted against.

Many of the MPs present at the plenary session unanimously stressed that public finances are facing a series of difficulties and problems that are causing serious concerns, bordering on fear, about the future of the country.

Indeed, the budget deficit has peaked at 18 billion dinars, according to MP Mabrouk Kourchid, who noted that the country’s financial and economic situation has worsened as a result of the coronavirus pandemic.

The conditions of the EU

For his part, MP Anwar Bechahed, a member of the Democratic Bloc said Tunisia borrows money to finance state spending, rather than for investment purposes, which the Parliament has endorsed in the budget of 2021.

He provided details on the agreement submitted for consideration of the Plenary, and which includes two instalments, one of €300 million paid immediately and another will be later, more precisely as soon as the conditions that the European Union have equated with “reforms” have been met, according to him.

He stressed that the draft law on the EU loan introduced by the government, sets a series of measures required by the donor, including the non-replacement of civil servants who leave the public service and limiting recruitment so that they meet the essential needs, such as education, teaching, and security through the binding requirement of a government decree organizing teleworking in the administration, public institutions and local communities.

According to the same parliamentarian, the EU sets as another condition the control of fuel, electricity and gas compensation, the rationalization and control of gas distribution and the fight against non-domestic uses such as agriculture, transport and restaurants, in addition to the revision of fuel prices to a ceiling of 2%.

Similarly, the EU requires, according to the same MP, changing the configuration of recruitment in the civil service, adding that these measures perpetuate the policy of destruction of the constituent elements of the state with social vocation, according to him.

For his part, the MP Hatem Karoui said the bill is part of the mechanism of comprehensive financial support and responding to specific needs related to the coronavirus pandemic, stressing that the fact of attaching conditions to the loan similar to reforms is a kind of deception, according to him.

In his responses to MPs, the Minister of Economy and Finance said the agreement discussed by this Plenary is the third concluded with the EU on the same terms, explaining that the mention of specific mechanisms comes in the event that the loan is not repaid, and this does not apply to the Tunisian government which is committed to its solvency.

The Minister added that the rate of repayment of debts by Tunisia is 15.5 billion dinars while it did not exceed 3 billion dinars in the last three years.

He said the government’s criticism about an “extremely significant” loan of €600 million from the EU, “is not justified”, because the Finance Act 2021 has provided for this and other loans.

In conclusion, he assured that if Tunisia gets this loan, its conditions will be “very advantageous”, its interest rate not exceeding 0.5% and being repayable over 25 years.

TAG Global bets on financial certification and prepares for post-crisis in...