HomeFeatured NewsTunisia-FDI: 600 to 700 companies have closed and 500 packed up and...
Featured News 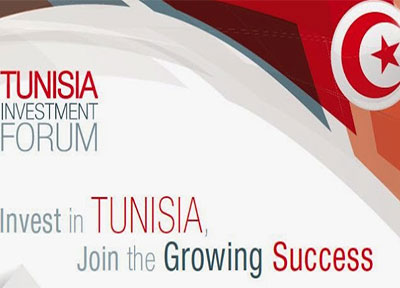 One month, almost to the day, before the International Investment Conference to be organized by post-revolution Tunisia, official figures of foreign direct investment (FDI) reported by the Foreign Investment Promotion Agency (FIPA) give a rather mixed picture because while they were falling in some sectors, FDI had never done better.

In energy, for example, the volume of FDI in 9 months of this year is almost stable compared to the last five years and not far from the volume of the reference year. In industry, it is even the best volume of inflows (473.7 MTD) since 2011, and even better than the first 9 months of 2010.

For this year, the inflow of FDI has evolved sawtooth with a peak of over 200 MTD in April, followed by a slow descent that rebounded in August to relapse in September. The link may not exist, but it is at the end of August that the government of Youssef Chahed was established. Therefore, we will await the figures for October to see if, like rain, FDI will also vote for Youssef Chahed.

Officially too, the Director General of FIPA spoke about it last Wednesday at the Tunisian National Radio, the mortality rate of 3,320 foreign companies operating in Tunisia were 100 companies a year before the “revolution.” It has reached from 100 to 150 businesses per year since 2011. DG of FIPA, Khalil Laabidi also indicates that 500 to 600 foreign companies have closed. He will not say it, but it is an open secret that political instability and social tensions are directly behind the closures. Laabidi also said that 500 other foreign companies packed up and left, in that they were either transferred to another or changed activity, or simply packed up.

Through this global Foreign Investment Forum, from which it awaits investment offers or achieving some other 50 investment opportunities it presents, Tunisia especially wants to restore its image of land of investment. That image will certainly be tarnished by the image that Tunisians self-inflicted, by dint of self-flagellation with blows of denigration and demonization of wealth and accusations of all by all of dirty money and corruption.

It is also tarnished by the confiscation policy which is an outright denial of the most basic rights and the most protected on the international level, the right to property!!

Dubai to be the first Arab city to be available on...

Tunisia: GKW Consult partners with ONAS in its new projects

Tunisia: Poulina Group reports over 2.1 billion dinars of income at...