HomeFeatured NewsTunisia – Finance Law 2018: one day we will have to stop...
Featured News

Tunisia – Finance Law 2018: one day we will have to stop messing around 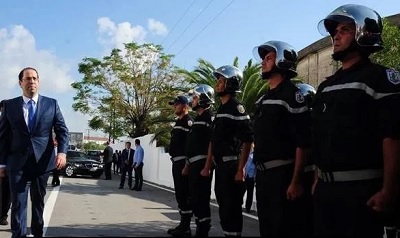 Like all those that have preceded it for 7 years, the Finance law (FL) 2018 does not please anybody. The employers’ organization is dissatisfied with it, the workers’ unions denounce it and the opposition criticizes it and trounces the government of Youssef Chahed.

No socio-occupational group is satisfied either with the FL 2018, and everyone finds in it something wrong. Many discuss it from their wallets and only think about the impact of the measures, included in this FL, on their personal comfort and their purchasing power.

Others, unfortunately known as leaders of opinion, speak of it from a political prism, whatever its purpose. And yet!

The stubborn figures of the 2018 Finance Act

Let us look at the figures. The Tunisian government’s draft budget for 2018 will be 35.851 billion dinars. A budget up by 4.3% compared to that of 2017 whose supplementary budget law was not even presented.

This budget will remain constrained by operating expenses of 21.941 billion TD. In “functioning” there are, first and foremost, the 14.751 Billion TD of salaries of the civil service and those of the government, which are “Peanuts” compared to those of all the civil servants.

The government’s donors had demanded to lower or maintain the wage bill as it was, the government could not avoid an increase of 451 MTD, and it’s not over.

The UGTT already announces new wage negotiations for 2018 and it is not excluded that this bill will increase to 15 billion TD. The “operation” is also the repayment of the debt, in principal and interest, and which will require 7.972 billion TD.

These two headings, which, it must be remembered, must not be forgotten, of wages and debt, will amount to 22,723 billion of debt. Who will have the courage or the temerity to say that the government could have avoided them?

The other big heading of the budget, equally unavoidable, unless Noureddine Taboubi would erase his 100 thousand red lines about public enterprises and their financial hole of 2.5 billion TND is that of “public intervention”.

It will require a little more than 5.6 billion DT in 2018. These funds will go in endowment and subsidies, operating or equipment of the State. They will go to institutions such as CNSS, CNAM, CNRPS or public companies. Who could also say that these are unnecessary expenses?

There remain 0.404 billion TND for unforeseen expenses, such as natural and other disasters, and TD 1.15 billion under the heading “Means of services”, which will be used for the

management of the administration, in the vehicle fleet, office, water, electricity and others. Are they useless too? Are they preventable?

So, for the most part of the essentials and spending that nobody could argue, the budget will need 29.913 Billion TD. And because this is so, and in order to do more it will take more, investment in roads, schools, hospitals and other job-creating investments, there will only remain 5.121 billion TD.

One could certainly say that the Tunisian state is spending. Let those who think so say, to the UGTT and to the opposition parties that will put this bill of finance in a mess before the Assembly of People’s Representatives will shot down firefighter Youssef Chahed in flames!

Let those who can do better blame themselves!

Many of those who have been speaking for a few days in newspapers, radio stations and TV sets say that the 2018 FL is a resource mobilization law. That is true. If not, how and by what other means would they want the state to pay wages, to run the administration, to reimburse their sickness expenses or pay their pensions? Perhaps they would like the government to print money? Otherwise, it already has more than enough debt (more than 72%), both outside and inside, where it has almost dried up the liquidity of the financial market and set fire to interest rates.

It would certainly have been able to draw these resources elsewhere. “Title 1”, which includes money from the Tax, Customs and other indirect taxation, already has more than 24,603 billion TD and “Title 2” of the borrowings has 10,431 Billion TD. The big companies pay their tax. For small companies, the overhaul of the flat-rate scheme, initiated by the FL 2018, will even remedy this.

For the rest, making more tax pressure on businesses has never been good for investment, both local and foreign.

Others will say that it (FL) could have pressed the rich a little more. The latter are already taxed at 35% and their profits are even double taxed. It could then have let go the tax control brigades. This is true, but the money for tax adjustments is not immediately recoverable.

It usually takes several years, between companies, tax authorities and tribunals of all levels, for the money to enter the state coffers.

For those who do not know, the Tax Services have banged on everyone, including the state’s own companies and they do not stop!

The government of Youssef Chahed could also have ended the parallel market, smuggling and tax evasion. Yet, as all hypocrites know very well, among politicians and experts of all kinds, one does not win these long-term battles in two years and even more, much more!

Chahed could have also sold the confiscated, but it takes time. Sell the two tons of gold and dispose of millions of euros confiscated by the customs. It also takes time and a lot of administrative procedures and justice. He could have done a lot of things, but it is necessary that the parliament allows it!

What is certain is that Tunisia has become an ungovernable country, which even a Margaret Thatcher could not rectify in the current conjuncture.

A country made of greedy, envious and selfish and where everyone has his little devil in his pocket! But one day one will have to stop messing around!

UAE may expand credit to keep recovery on track