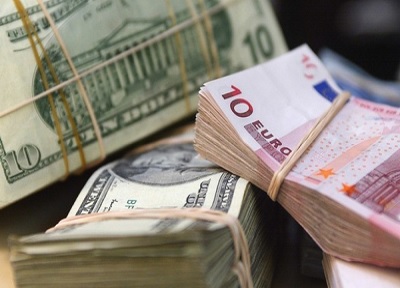 Tunisia will soon become one of the world’s largest recipients of foreign aid. But this influx of foreign money could drown out demand for the kind of structural changes that are necessary to keep this fledgling democracy from yet more political instability, said the Washington Post, stressing that the generous aid to Tunisia typically assumes that external assistance can improve the country’s economy, dampen unrest and ensure democratic consolidation.

But unless aid is carefully targeted, it will only serve to inflate the political prospects of the governing coalition without requiring it to commit to real reform.

Tunisia’s receipt of substantial levels of foreign assistance — placing it in the top third of countries worldwide by 2013 — has accelerated in the past two years. Bilateral assistance from the U.S. government alone doubled between 2014 and 2015, despite a difficult budgetary climate.

The European Union parliament has agreed to double assistance to nearly 400 million euros annually and called for a “Marshall plan” to support Tunisia’s democracy. Late last month, the Tunisia 2020 conference prompted a host of further commitments of aid and loans from foreign countries totaling $14 billion — approximately 35 percent of the country’s GDP — and equivalent to the government’s total proposed budget for 2017.

The economic crisis, a political problem

Tunisia’s economic crisis is not solely due to lack of funds: It is a political problem and will require a political solution. Some aid, such as projects supporting the increasingly assertive civil society, has already had a beneficial effect on improving government transparency and social political awareness. But aid that is not carefully programmed to benefit the broader public instead of merely legitimizing the ruling coalition often backfires.

Decades of research in political science and economics has found that the ability of foreign assistance to promote economic growth crucially depends on the transparency of government institutions. Recently, scholars utilizing new, comprehensive data on foreign aid have shown that assistance tends to “amplify” existing political institutions and make them resistant to change, whether for good or ill.

Counterproductive trends with regard to corruption seem to be unfolding in Tunisia, undermining the intentions behind assistance. Favoritism toward powerful elite families has been an endemic, crippling problem since the days of the former president Zine el-Abedine Ben Ali.

In a recent survey of Tunisian firms, 36 percent of managers said that corruption was a “major constraint” to doing business, and 32 percent said that they would have to give “gifts” if their firms were to compete for government contracts.

Field research in Tunisia this past year found that powerful conglomerates tended to control access to lucrative contracts for supplies to state-owned enterprises, which kept smaller firms from being able to compete. Considering that Tunisia’s largest companies are state-owned, this bias is a serious problem.

Legislators have had ample opportunities to propose policy reforms to combat corruption. But little progress has been made. One ambitious effort at overhauling Tunisia’s antiquated investment law took more than two years and finally passed last month in a watered-down version with doubtful prospects for ameliorating economic growth.

The parliament established an anti-corruption watchdog headed by a firebrand lawyer, who has since announced his intention to prosecute both public officials and businesspeople.

However, despite its willingness to bring the subject to open debate, the agency has yet to prosecute anyone other than minor government officials on accusations of petty corruption. These poor results are in part because, for further action, the agency can only refer cases to the courts, which are accused of abetting corrupt businesspeople.

Tunisia’s democratic consolidation does need significant external economic assistance. But uncritical support of the current government that does not condition assistance on anti-corruption and transparency measures will undermine political opposition and communicate to the Tunisian public that the status quo is here to stay.

Aid without such conditions would undercut any urgency for the governing coalition to tackle difficult projects, granting it the ability to claim credit for aid even as it stalls on concrete reforms.

What Tunisia needs is for a new counter-coalition around reform to emerge, one that unites youths disenchanted with policy deadlock, small-business owners, entrepreneurs and professionals whose interest lies in further government transparency and economic innovation.