Tunisia: foreign exchange reserves siphoned off by 9 days. But good news of $700 million! 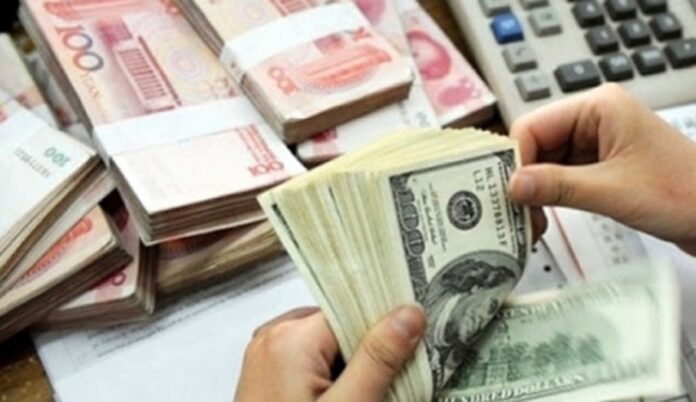 Tunisia keeps on surprising… Indeed, while the country is going around in circles, and political twists and turns punctuate its daily life, it has just repaid a bond loan with US guarantee to the tune of $ 500 million, contracted on August 5, 2016. This is the second of its kind and in the same amount, in just 15 days. The first had been honored on July 23.

Huge amount? So be it, but not equal to a default that would be disastrous, both for the image of Tunisia and for its finances, its commitments and its financing prospects. By drawing on foreign exchange reserves, Tunisia displays the profile of a trusted borrower. Whatever the cost, this image must be preserved.

It is also worth noting that Marouane El Abassi, Governor of the Central Bank of Tunisia (BCT) has recently stated before a parliamentary committee at the ARP that Tunisia, via its Central Bank, will honor these two significant loans. It is now done.

But Tunisia is not yet out of the woods. For, with a country’s rating that is eroding, it is urgent to find and validate a national consensus around a reform plan to be agreed with the IMF, synonymous with a sesame of international funding.

In the meantime, a good news that could consolidate the foreign exchange reserves at the BCT. Indeed, on August 2, 2021, the IMF Board of Governors approved a general allocation of special drawing rights (SDRs) equivalent to $ 650 billion (about 456 billion SDRs), in order to increase liquidity in the world.

According to the IMF statement, “the general SDR allocation will become effective on August 23, 2021. The newly issued SDRs will be allocated to member countries in proportion to their IMF quotas. Emerging and developing countries, including low-income countries, will receive about $275 billion (or about SDR 193 billion) of the new allocation.”

What actually happened last Monday in Washington was an SDR allocation. In its Articles of Agreement, the IMF has the power to propose to its Executive Board and its Board of Governors, as it does every five years, and when it deems that the world economy is lacking liquidity, an allocation of SDRs and therefore inject more money into the world economy.

“What is certain is the agreement on 650 billion USD. The distribution will be made according to the quota of each country, itself related to the size of the economy of each country, ” an authorized source at the BCT told AfricanManager.

It is known, moreover, that the quota of Tunisia in the IMF, one of the lowest because related to the size of its economy, is 286.5 million SDR, corresponding to some 400 MUSD.

“We have not yet been notified, but we know after this decision of the IMF and taking into account our quota, that at the end of August 2021, Tunisia will receive some 700 MUSD [Editor’s note: 1, 942850 billion DT] that will go into its foreign exchange reserves at the BCT”.

Note also that the quota of Tunisia in the IMF will not change, and the amount that could be negotiated with the IMF for a possible support to the economy, either.

In addition, the idea raised last May by a number of African presidents, including Kais Said, at the summit on the financing of African economies, seems to have been captured by the IMF DG.

In her statement on the increase in quotas that will benefit Tunisia, Kristalina Georgieva said “We will also continue to engage actively with our membership to identify viable options for voluntary channeling of SDRs from wealthier to poorer and more vulnerable member countries to support their pandemic recovery and achieve resilient and sustainable growth,” said IMF Managing Director Kristalina Georgieva. This could then increase the amount of SDRs (Special Drawing Rights) for Tunisia. But this is not certain.

Indeed, as the IMF Managing Director said on August 2, 2021, “one key option is for members that have strong external positions to voluntarily channel part of their SDRs to scale up lending for low-income countries through the IMF’s Poverty Reduction and Growth Trust (PRGT).” However, Tunisia is not considered a poor country, and could therefore not be concerned by the option described by Kristalina Georgieva.

Hence, there is need to know how to negotiate with the IMF, and above all to use the next facility, not for salaries and other expenses, but for reforms and for wealth-creating investments.