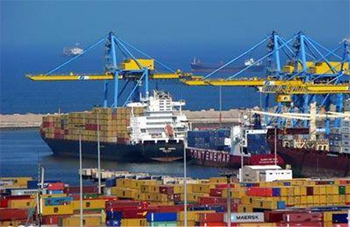 The Director General of Foreign Trade, Lazhar Bennour considered the foreign trade situation as normal, telling Africanmanager that positive signs were recorded following the easing of the trade deficit.

This finding was based on the exceptional results recorded in the olive oil export and the Ministry of Commerce‘s efforts to streamline import, he added.

According to note of the trade balance, the deficit continued to decrease during the first half of 2015, with a decline of about 558 Mad or 8.3% to 6.2 billion dinars due to the significant improvement of the food balance.

For the coming period, he expected “the situation will not be alarming. There will be no changes, but a small pressure will be observed and this is explained by the increase in the import some products like imported buses. ”

NDIC organises seminar on bank liquidation for judges in Nigeria

Tunisia: SOTUMAG improves its revenues by 9% at end September