HomeInterviewTunisia: Thalassotherapy follows in the footsteps of hotel industry!
Interview 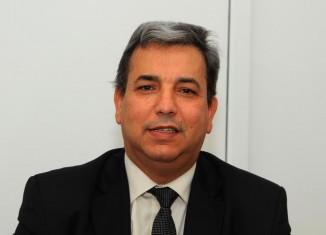 In an interview with Africanmanager, Rzig Oueslati, Director General of the National Office of Balneology and Hydrotherapy noted that a drop between 30 and 40% was recorded in the thalassotherapy sector following the Sousse attack.

He said that the government’s reaction was swift providing fertile ground for hoteliers who will assume part of their responsibility to better revive the sector.

What are the repercussions of the attack in Sousse on thalassotherapy sector?

Besides, a drop between 30 and 40% was recorded compared to the normal activity. This drop is logical given that the spa centers are located in hotels significantly affected by the attack.

In the same context, the attack in Sousse led to massive cancellation of hotel bookings. For the main destination for spa visitors consists of thalassotherapy centers. Therefore, one prevents the other. Once the hotel is hit, the impact is immediate.

Do you have any figures on the volume of cancellations?

For now, there are no exact statistics. It is very difficult to say at a definite moment because the situation is fluid and changes from one moment to another, especially as it is a sensitive sector.

However, one can assure that the balance for this activity was clear and steady before the attack in Sousse that left 38 tourists dead, knowing that Thalassotherapy is not overburdened during this time of year which coincides with the low season.

What are your estimates over the next period?

We’re probing the recovery tracks of this strategic sector so that it would not lose its potential customers, i.e. primarily foreigners.

This action is taken in coordination with the sector’s professionals to find other alternatives to cope with the situation.

We can assure that a commendable effort is being deployed commercially to achieve this goal.

The attack in Sousse has forced us to spend more in marketing to meet this challenge. Moreover, visits to international exhibitions are planned to regain the confidence of our foreign partners.

Have you changed your plans then?

Exactly. That is why we are working to find new markets by putting the focus on the Algerian clients and those from the Gulf countries and by targeting new destinations.

Our goal is to diversify our product, but also to regain the confidence of other markets such as Switzerland.

Is it possible to meet this challenge especially in a time when Tunisia was the subject of two bloody attacks that left more than 50 tourists dead?

Of course, this is possible, especially since other developed countries like France were the subject of a terrorist attack and even kidnapping.

This is relative especially as Tunisia was hit and was victim of its image. Indeed, if these events had occurred in another country like Nicaragua, for example, things would have been different. Therefore, such an incident is of enormous importance in a country like Tunisia.

The fact remains that we must never give up. Instead, we must resist especially that we are able to convince our partners. It is a mission possible especially that Tunisia keeps its allies.

Also, I think the media have an important role to play in this situation. They should, in my opinion, market what is positive and not dwell on what is negative.

Do you have reservation on the battery of measures announced by the government in response to this attack?

I think the government has responded well and the recent measures are clear and sufficient. The government has tried to find short-term solutions to a cyclical economic crisis. Indeed, the encouragement and support both moral and financial to professionals and hoteliers confirm my words.

However, the question that now arises is whether thalassotherapy centers will benefit from the same consideration than hoteliers?

This is an important issue because we have personnel who manage the centers in question and not hoteliers. These do not have the right to such compensation.

The government has done its best by creating the breeding ground for hoteliers who in my opinion should bear some responsibility.

Therefore, it was a quick reaction and starting from today, we can talk about good governance in hotels.

Is it possible to keep the ranking of Tunisia as 2nd in the world in terms of thalassotherapy tourism?

It is important to note that this ranking is based on scientific criteria and not on cyclical criteria. If our country is second, it is because we are the best in terms of standards, architecture and service quality.

So, tourists visit Tunisia not only to take advantage of its product, but also for the know- how of its staff.