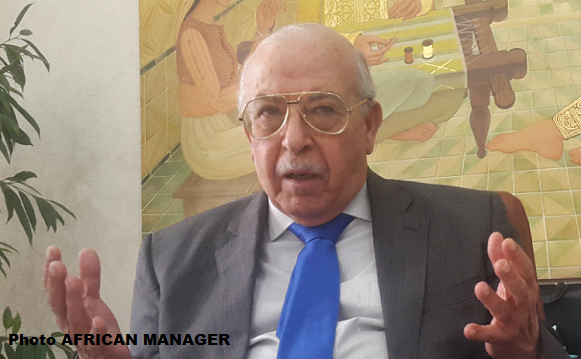 The World Bank (WB) has just predicted a growth rate of 3% in 2017 for Tunisia. That forecast comes just after the announcement of 1.5% growth for 2016.

This projection will certainly delight Youssef Chahed and his National Unity Government (NUG). And if he believes it, he will, in our opinion, have pulled too quickly and would better re-holster and compare the forecasts of an institution whose figures announced at the beginning of the year in terms of growth have almost never conformed to the harsh reality of the Tunisia he is leading.

First, he and his economic and financial advisers should know what would be the growth drivers able to pull it, if any, upwards.

These “Growth Drivers” for Tunisia, as these experts, include first export. However, the balance of trade closed the financial year 2016 with a disturbing deficit exceeding all the limits. This weakens the external sector which was until then the prerogative of Tunisia, especially if the imports are not productive, but directed to consumption.

To all this it will be necessary to add that for 2017, the export, much of which is agricultural, will depend on exogenous factors like weather and suffers from quantity, competitiveness and delivery conditions. There is also the productivity which contributes 1.5 to 2% to the growth; that productivity is in serious breakdown if not inexistent since 2011.

The other “Driver” of growth is tourism, which contributes 6 or 7% to growth. This not to mention the rest of the sectors and their 400 thousand people they make live around them. However, tourism and derivatives are still struggling to recover at a rate capable of contributing to the 3% growth forecast by the WB.

To this must be added the breakdown of the mining and energy sectors and the sector of the digital economy, which has not yet responded to the investments made.

Certainly the EMI and the textile industry are resistant to the crisis and have good growth rates. To achieve growth at the rate announced by the WB, all these drivers will have to operate, all at the same time, which has not been the case so far.

Asked by AfricanManager for a comment on the figure of 3% of the World Bank, BCT Governor Chedli Ayari said that “it is technically impossible now to predict what 2017 will be even for the World Bank with all its apparatus of statisticians, analysts and forecasters. We must at least wait until the first quarter, which is very indicative of growth, ends. We will only have the figures for this first quarter by mid-May 2017. All the rest is speculation and extrapolations that are, admittedly scientifically conducted, but gratuitous”.

The governor of the BCT also told us that “by admitting that all these growth drivers are going back to working together, without break, neither social nor economic, the growth leap we could make, at least in 2017 because in 2018 there could be interesting revivals will not be huge and I doubt the 3%.

In any case I have nothing to talk about 3% growth for 2017 and I believe the World Bank will not be able to provide me with evidence for this. “

In its “Global Economic Prospects” report made in the fall of 2016, the World Bank asserted that “the economy [Tunisia] is expected to grow modestly by 2.0% in 2016 thanks to an increase in (10.1%) following the negotiated wage increases and investment (up 4.5%).

In the medium term, economic growth is projected to increase to 3.0% and 3.7% in 2017 and 2018, respectively, in a scenario that would combine accelerated structural reforms, improved national and regional security (normalization in Libya in particular), greater social stability and a moderate increase in external demand “. None of this has been achieved, starting with the 2% growth, which was only 1.5% and without job creation.

Tunisia to take part in FITUR 2012