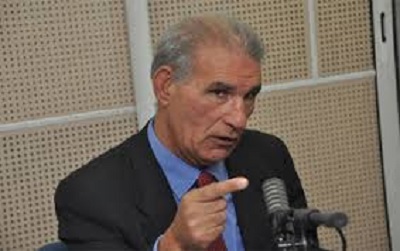 What do you think of the last cabinet reshuffle?

The latest government reshuffle of Youssef Chahed is the umpteenth upheaval of this government.

These successive changes of ministers by others, suffered by this government, only perfectly reflect Chahed’s grim defeat.

Deprived of strategy and politics, or even mere program, incompetent in the choice of statesmen commensurate with the multidimensional crisis underwent by the country and dispensed from any real and consistent political support, Chahed has sunk in ephemeral and fallacious coalitions as well as in populism and demagoguery.

As a result, he has worked with other post-revolt governments to sharpen the economic and social slavery that afflicts this poor country, and to further tarnish the image of the latter at the international level.

By doing so, Chahed adds water to the chaos threatening the country; that chaos can only benefit political-religious sects like Ennahdha.

The year 2019 would be extremely hard and painful for the country. Socio-economic imbalances will reach their peak. Political jackals of all kinds, watching for power, will try to mutually neutralize each other without mercy. So our dear country would be a boat in the squall without a real captain. Only the pirates will be there to recover it easily.

What do you think of Tunisia’s latest issuance of the Eurobond? Some experts consider it a failure for the country, your opinion?

Tunisia’s recent borrowing from the international financial market has revealed the loss of our country of much of its reliability in external transactions.

Indeed, seeking to raise a loan of over €800 million in that market, the government could get only €500 million. The country’s excellent image of the past on the world stage has darkened as donors no longer have complete confidence in it.

Moreover, the cost of this loan would be very heavy since its conditions were very restrictive: more than 6.75% as interest rate and only 5 years as repayment term.

We are really crushed by the burden of indebtedness all the more because it is increasingly used not to consolidate our basic infrastructure and our collective facilities but to consume, or even waste, uselessly.

The last sterile and failed borrowing from the international financial market is not a fortuitous and temporary phenomenon.

It represents one of the signs of the feverish economic and financial state of structure that our country has been going through for a long time.

As evidence, the frequent resort since the revolution to supplementary budgets.

A hasty budget proposal is hastily concocted and the subsequent budget is replenished under harsh and difficult conditions. Thus, supplementary budgets became a frequent and regular mania, whereas they were the exception before the revolution.

Proof of this is the regular use of borrowings on the international financial market. Before the revolution, this recourse aimed mainly at financing the unproductive expenditure of the budget was also exceptional.

This pre-revolution political rational has disappeared. Henceforth, one is imprinted with ruinous conditions to satisfy illusory promises.

What are the strengths and weaknesses of the 2019 Finance Bill? Is this a stimulus law?

The Finance Bill has neither strengths nor weaknesses. This way of asking oneself this way is meaningless, because in such a dialectical dynamic we cannot separate the strong points from the weak points.

In fact, in its entirety, the 2019 budget bill is a simple continuation of the previous finance laws: bogged down in barren budget spending far exceeding the resources of the state.

Hence, a depression to the neck in the indebtedness with conditions more and more expensive and painful.

I repeat again: the 2019 Finance Bill is no exception compared to the previous post-revolution ones; Compared with the 2018 finance bill, the additional expenditures provided for by the 2019 bill amount to about 4.7 billion dinars (which is more than enormous), allocated 37% to the increase in wages (1, 740 million dinars), 28% for the repayment of previous debts (1,320 million dinars) and 15% for compensation expenses (700 million dinars).

On the other hand, the equipment budget will only benefit from 5% of this additional budget expenditure, i.e. the ridiculous amount of just 235 million dinars.

The 2019 Finance Bill clearly shows that since the sacred revolution we have settled in a pretty quagmire from the budgetary point of view: to spend more to consume or to waste, based not on the improvement of its own resources but rather on the dangerous indebtedness and / or the fiscal lynching.

What kind of recovery are we talking about when the three drivers of economic growth are broken: investment, exports and household consumption?

Private investment has stalled for a long time for a variety of reasons, including political and social instability, bureaucratic red tape, dilapidated basic infrastructure, and lack of visibility in economic and financial policy.

Add to this the fiscal irrationality mentioned above, which is a major brake on public investment.

In addition, there is the serious crisis that is shaking the building sector, which is usually one of the key factors in investment.

Our exports suffer more and more from the convergence of two penalizing tendencies: the endless increase of the cost and therefore the price of our products (rampant rise of wages, social contributions, taxes, interest rates and continuous depreciation of the dinar), on the one hand, and the regression of our productivity, on the other hand.

This convergence becomes even more constraining when we take into account the huge gap between our country and the European Union in terms of inflation: 7 to 8% against just 1%.

This means that our exports now increase a little only thanks to the rain and not the effort and the performance of the workers.

In a nutshell, since the revolution, our competitive ability has risen dramatically because of the populism and irrationality of successive governments.

Finally, household consumption is no longer existent, despite continued increases in wages

Inflation, at worrying rates close to 8%, constantly eats into the purchasing power of almost all of these households.

Three factors, which can exacerbate inflation even more, are in prospect: huge increases in wages both in the private and public sectors, the continuous depreciation of the dinar, and the increase in prices of a large part of compensated services and especially transport and fuels.

The revival of our economy does not depend on a poor wish but rather on a radical structural reform of all our economic, social and financial policies. This requires a lot of foresight, strength and especially daring.

Zambia: Central bank pumps in US$178 million to salvage Kwacha