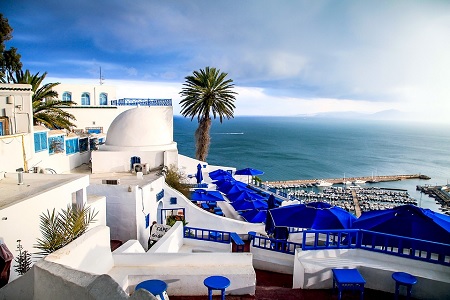 Tunisia, Spain and Morocco are the countries with the strongest growth in flight bookings in France, according to an analysis by Travelport, the main platform for the travel industry.

This data is derived from Travelport’s interpretation of relevant marketing, booking and sales (“MIDT”) data.

It only reflects the bookings made in France via the Global Distribution System (GDS).

Additional bookings will have been made directly with the airlines, which may or may not be also present on GDS.

Globally in 2017, Travelport alone processed 1 trillion transactions through its platform.

Emmanuel Bourgeat, Travelport’s Regional Managing Director for France and North Africa said “Countries where French is either used as first or second language have always been popular with tourists from France,”

However, with flight bookings up not only to traditionally popular North African hotspots, like Tunisia and Morocco, but also to islands in the French West Indies, like Martinique and Guadeloupe, it suggests this is becoming an increasingly attractive attribute. Growth to Tunisia has also been aided by increased flight capacity from airlines to the country following its prolonged period of stability.”

He added that “Spain has been a big mover over the last 12 months for a number of countries. According to the UN World Tourism Organization, the country became the second most popular tourism destination globally in 2017 after France. The growth we’re seeing from France to Spain is of course helped by the increasing number of short, affordable and direct flights to the country.”

and Tunisia, and this in the context of the presentation of its program for the summer of 2019.

However, the company, which is in the process of restructuring, has not published any turnover for this year.

“We are offering our customers a large and stable program at top prices,” declared René Herzog, CEO Central Europe. He predicted that Spain, Turkey, Greece, Egypt and Tunisia would be the five most popular destinations next year.

He said: Tunisia is making a strong comeback as it attracts price-conscious couples and families, according to Herzog. DER will open two new Cooee hotels in the country next year, and increase flight capacity to Monastir, Enfidha and Djerba. Similarly, the group will add hotel and flight capacity to Turkey and Egypt, which are both seeing high early demand for summer 2019 holidays.

Herzog also demanded insolvency protection for airlines after the turbulence of this summer, when countless flight delays and cancellations impacted many holidaymakers.

In addition, he called for higher requirements for new players following several recent insolvencies of small start-ups. “Market entry is too easy for new carriers,” he complained. Furthermore, airlines should only sell as many flights as they could actually operate, he urged.