Tunisia: “I’m not Robin Hood”, but the rich must contribute more 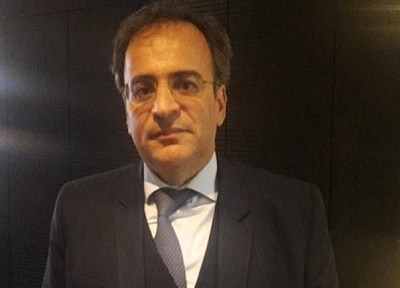 Elyes Jouini is a well known man in Tunisia. He is a mathematician, a Franco-Tunisian university member of the Institut universitaire de France and winner of the prize for the best young economist in France in 2005. International distinctions have followed ever since.

Just after the revolution, he was appointed Minister for Economic and Social Reforms in the 2nd Tunisian provisional government.

However, he left this post on March 1, 2011, following the resignation of Mohamed Ghannouchi, to resume his activities as a research professor.

“I’m not Robin Hood, but I think that today’s tax contribution of the wealthiest is much lower than their ability to contribute and conversely, the middle classes are now facing significant inflation,” he told AfricanManager when we met him at the BIAT Conference on January 17 in Tunis.

You know the economic situation, the ratios, what should be done?

I think you need to already have a long-term project and program. That is to say that today, decisions seem in any case to be taken day by day and that there is no shared vision.

It is very important, not only that the government has a vision, but above all a shared vision, which is also supported by all political and economic actors, so that it can make projections.

And that is where we will have social negotiations that are respectful of the project and that will subsequently revive the economy.

I think there are fundamental issues to be addressed in depth. First, the issue of taxation. We have unfair taxation. It then requires a better distribution of the social charge.

We will not get there simply with the stick. It also takes the carrot to bring this informal sector to contribute, too, to the creation of wealth and the financing of the state.

Regarding taxation and as you criticized the expert invited by BIAT, it seems that we should take from the rich to give to the poor?

Certainly yes. I am not Robin Hood, but I think that today’s tax contribution of the wealthiest is much lower than their ability to contribute and that conversely, the middle classes are now facing significant inflation.

These middle classes would benefit from having a little more purchasing power, while reducing the tax they pay.

We know that when you are in the group of the 10% of the wealthiest, when you have wealth, you have a lot of opportunities to get around the tax system.

We must therefore find more just terms so that everyone contributes according to their means.

To take from rich people to give to the poor, is it not also demonizing the added value creators?

No. In any case, it is the very principle of the tax; it is that we take from everyone. The question that arises is to know are we taking from each according to their contributive capacities. Is a rate of 30% fairer or less fair than a rate of 28% and 32%? It is the balance of social forces that defines the right level.

We know that the very principle of the stability of the economy and its sustainability is to have a solid middle class on which to build.

It is in the interests of the rich, even if I do not like to use the rich word, but in categories that today have an important wealth to preserve their own wealth. They have an interest in not having a revolution or social movements that are particularly violent and there, sharing will no longer be based on the rule of law but in a savage way.

If we want to avoid all that, we need to redefine rules. And if we redefine the rules so that they become acceptable to all, we will no longer be in this indefinite race for the salary increase where finally today, companies are spending more and more on non-productive wage increases because the price of the job they pay does not match the market value.

Let’s talk about the latest measures of the BCT concerning foreign trade and also the dinar. You said during the last economic meeting of the Bait, that these are false good measures. Why!

When we decide to no longer finance the importation of certain products, what does that mean? This means that we allow these products to be imported by those who have a sufficient financial base.

It also means that imports of these products will be reduced and that some imports will be concentrated in the hands of those with sufficient financial base.

They will drive up the prices of their imported products, which are of course more expensive and that the citizen or the consumer will pay for this difference.

And what about the value of the dinar in relation to the two main currencies that are the Euro and the Dollar?

On the issue of the dinar, I think that unfortunately, we had no choice. In any case, maintaining a dinar higher than it is today, would have consumed all our foreign exchange reserves because the only dinar would have been subject to market attacks.

There it is simply the reality of prices. And if we want to fight the fall of the dinar, we are called to recover investment, to promote savings and revive the economy for the dinar to find colors. But we cannot maintain it artificially. We cannot be alone against the market.

So, in your opinion, the solution is to let it go down or follow the advice of the IMF?

This is not advice from the IMF. The IMF’s analysis is only, for the most part, sufficient when it says that the decline in the dinar will improve competitiveness. I also think that’s not true. The decline of the dinar will decrease imports yes. So we will be able to improve the imbalance of the balance, but we must see that if the decline of the dinar is the result of other things, it is not something that we decided because it was fun to this or that part to lower the dinar.

The dinar is falling, because our economy is in bad health and it is only by reviving the economy that we will be able to go up the course of the dinar. But it is not in any case breaking the thermometer that we will cure the patient.

In the meantime, we let it float or we devalue it outright?

In any case, it is floating. So, we can think that today it is roughly at market value. If the economy does not start again, it will continue, gradually, to fall.

Tunisia: Algeria recalls ambassadors to Belgium, The Netherlands over plane