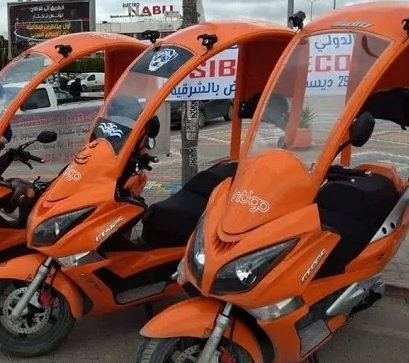 Tunisian bike taxi startup IntiGo has raised over $300,000 in funding from angel investors, it told MENAbytes on Wednesday.

The startup had raised another $300,000 around the time of its launch three months ago.

Founded a few months ago by serial entrepreneur and investor Bassem Bouguerra and an operations executive Nebil Jridet, IntiGo is a bike taxi startup that allows users to book bike rides in Tunis (Tunisia’s capital) that are 20 to 30 percent cheaper than a regular taxi.

The bikes (or scooters) that IntiGo has on its network are owned by it. The drivers, however, are not on IntiGo’s payroll. They rent the scooters from IntiGo and also pay 20 percent commission on every ride. IntiGo also makes money by allowing brands to advertise on its scooters.

The startup has been able to facilitate over 11,000 rides in January alone, with the small network of 50 scooters that it has, IntiGo’s co-founder and CEO Bassem Bouguerra told MENAbytes.

The startup with the latest funds is launching a food delivery service using the same network of bikes, “There is a large untapped large market for food delivery in Tunisia,” said the CEO.

IntiGo also plans to use a part of the investment to buy more bikes. The startup is eying expansion to more Tunisian cities where transportation is problematic, within the next few months. It also plans to explore the option of expanding to other African countries.