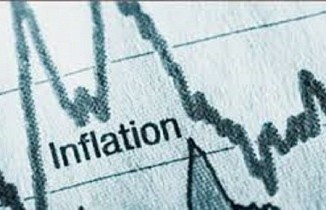 After recording successive increases ranging from 4.6% in January 2017 to 5% in April, followed by stability at 4.8% and then a large rise to 5.7% during the month of August, the inflation rate for September 2017 dropped to 5.5 percent, the National Institute of Statistics (INS) said on Thursday.

This decrease in the rate of inflation is mainly due to the deceleration of the rate of increase in prices between September and August of this year compared to the previous year (0.6% vs. 0.8%).

This deceleration is explained by the decrease in the prices of clothing and footwear by 8.8% in August 2017, compared with 4.9% in September 2017, between this year and the previous year.

On the other hand, the inflation rate recorded in September 2017 is mainly due to the 6% increase in food and beverage prices. This increase was mainly due to higher prices for edible oils by 21%, fish by 7.6%, meat by 4.7% and milk, cheese and eggs by 2%.

Prices for beverages grew 6.3% due to higher prices for mineral water, soft drinks and fruit juices by 7.3% and coffee and tea prices by 3.8%.

The housing, water, gas, electricity and other fuels group went up by 4.1% year-on-year, as a result of the 4.6% increase in rents, house maintenance rates by 7.4% and electricity and gas tariffs by 2.8%. Furniture, household goods and household maintenance prices have also increased by 51%.

Prices for the healthcare group increased by 3.7%, as a result of rising drug prices by 2.3% and private ambulatory services prices by 63%.

Price increases were also observed in the transport group’s tariffs by 6.8%, as a result of a rise in vehicle prices by 11.9%, vehicle use expenses by 6.1% and transport services by 1.6%.

Similarly, communication group prices rose by 2.8% year-on-year, as a result of an increase of 33.5% in postal services and 10.2% in telephony equipment and 1.3% in telephone and internet services.

On a year-on-year basis, prices for the education group went up by 6.5% as a result of increases in pre-school and basic education and secondary education rates by 9.7% and 5.8%, respectively, and prices of school supplies by 8.0%. Prices of textbooks have been stable.

Rates for food services and hotels continued to grow at a rate of 7.4%, as restaurant and cafe services prices rose by 8.1% and accommodation services by 2.7%.

Prices for other goods and services were up 4% as a result of higher personal care prices and personal effects by 4.9%.

The INS said core inflation excluding food and beverages and non-energy is 5.3%. Prices for free (unregulated) products increased 5.9% over one year, compared with 3.9% for regulated prices.

Free food products increased by 7% compared to 0.8% for regulated products