HomeInterviewTunisia: It is time to discuss the economic issue, says President of...
Interview

Tunisia: It is time to discuss the economic issue, says President of CCIT 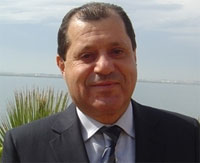 Mounir Mouakhar, President of the Chamber of Commerce and Industry of Tunis (CCIT), believes it is time to conduct discussions on the economic issue. It is a sine qua non condition to boost activity and promote the image of the country hit hard since the Revolution of January 14.

How would you judge the current situation in Tunisia?

The economic situation in Tunisia should be positioned in a comprehensive package. Currently, the political situation determines a little the economy and vice versa. Today, Tunisia is going through a difficult period in its history.

Personally, I feel that the situation has improved compared to the one presented abroad. By contacting the various chambers of commerce and our partners, we noticed that the international situation affects foreign investment, export and tourism. While the actual situation in the country is not as dramatic as it is presented. There is amplification and unfortunately this undermines our image.

If we want to recover in the short term, two sectors play a role in this process especially with the problem of currency we are currently experiencing. They are exports and tourism, two foreign currency-generating activities that we need.

How can we act to meet this challenge?

This is obviously linked to the political aspect. We have debates on political affairs, an important topic for discussion and there is a government and specialized people who are talking to all the political components.

Today it is time to develop the economic aspect. If there is not an economic monitoring and if people continue to create a deficit in terms of image, it will go against all, especially the poorest.

So the machine needs to restart to be able to solve different problems.

Will it be possible to achieve these objectives in the absence of a clear roadmap?

Our role now is to revive economic debates. It is time that we become aware of the fact that we are on a boat that should stand and stay the course.

Economic recovery remains dependent on the return to work of all components of society. It is time to support business and economic activity in general.

As a support structure, what is the role of the Chamber of Commerce and Industry of Tunis in this process?

We are already in this process by promoting exports. We are in the process of establishing contacts with many countries, not only in products but also in services.

We are seeking to stimulate exports through business missions. We know that the Tunisian market is a narrow market compared to the industrial capacity installed in Tunisia, and there are many opportunities that can be exploited.

We’re meeting this challenge despite facing difficulties and lack of resources.

What are the main problems faced?

There is also a deficit in terms of image although it does not match the reality. This is why we are working on this problem which is causing a lot of damage to the Tunisian economy and even penalize the transition process.

Let us talk about the strategy of the Chamber to promote foreign partnerships. Indeed, you are to preparing for the Permanent Conference of Franco-African Chambers?

Preparations for the organization of the Permanent Conference of Franco-African Chambers are well underway. This major event, which brings together the presidents of African Chambers, will be held in Tunis next November. The aim is to boost trade and economic cooperation with Africa, which is seen as a potential and promising market.

Tunisia: positive economic growth, but less than in 2018

8th session of COREP council of ministers to open Wednesday in...