HomeNewsTunisia: large energy consumers to be excluded from subsidy from 2014
News

Tunisia: large energy consumers to be excluded from subsidy from 2014 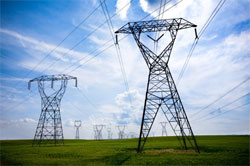 From October 2013, the state will reduce to 50% the electricity and gas subsidy which will be completely canceled in the year 2014.

This will involve, in the first stage, large energy consumers, including 8 cement companies, Mehdi Jomaa, Minister of Industry was quoted as saying by newspaper “Assarih.”

The minister added that the amount of the subsidy borne by the state could reach 5,000 million dinars at the end of 2013.

In 2014, the state plans to inject 4.5 billion dinars for subsidy in the state budget.

“We must change the laws so that Tunisians can integrate abroad,”...

Tunisia: Oil production drops to 38 thousand barrels a day in...