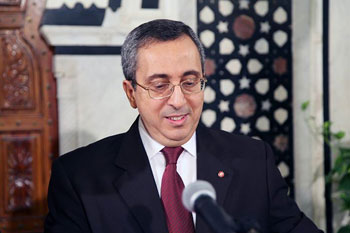 Weakened by a succession of political crises, Tunisia has lowered its growth forecast for 2013 from 4% to 3.6%.

“We are targeting 3.6% growth in 2013, down 0.4 percentage points compared to our previous goal” said Minister of Development and International Cooperation, Lamine Doghri at a press conference.

This is actually the second decline expected this year. Early 2013, the government was counting on a 4.5 % growth. According to official statistics, Tunisia has recorded a growth of 3 % in the first half of 2013 and 3.6% in 2012.

Ridha Saidi, Minister in charge of Economic Issues acknowledged the existence of «pressures and difficulties as the country is in a post-revolutionary period.”

Finance Minister Elyes Fakhfakh, for his part, stressed that lower growth forecast was also due to global economic conditions.