HomeFeatured NewsTunisia may face a liquidity crisis and a credit crunch in case...
Featured News 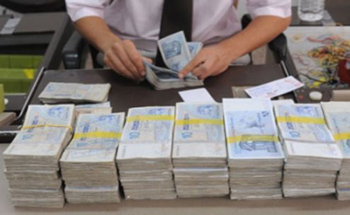 The lifting of banking secrecy remains a matter of great controversy to the point that the meeting on Wednesday of the Compromise Commission involving the presidents of parliamentary groups in the National Constituent Assembly (NCA) was adjourned and resumed on Thursday, August 7 after deep divisions between supporters and opponents.

The point is to reach consensus on issues that arouse the fears of deputies similar to Article 12 concerning the lifting of bank secrecy, something that should allow officials of the tax administration to make a thorough examination of the accounts of taxpayers with banks and brokers.

In a statement to Africanmanager, Achref Ayadi, banking and financial expert residing in Paris said the issue of lifting bank secrecy or not in Tunisia must be put into perspective, explaining that the country has seen massive tax evasion and rapid growth of the informal economy. “In this context, considerable sums of money circulate but are also deposited in banks or investment accounts with stock operators,” he said.

He added that banking secrecy would thus allow tax authorities to detect abnormal financial resources heritage that can be easily identified in some liberal professions. Also, clear management abnormalities of companies can hide corrupt practices that cannot be uncovered without a thorough analysis of the movements of the bank accounts of both legal persons and managers ore event their spouses.

The informal economy would also benefit, he said, of the bank secrecy because doubtful collected funds shall be returned to accounts or be used to acquire financial products, in connivance with some unscrupulous professionals, noting that this is a clear money laundering, and “we know very well that our country lags behind in this area.”

“We will add that the unprecedented rise in prices in the Tunisian real estate industry is no stranger to this context. Fraudsters accumulating significant amounts add to them bank loans and accumulate substantial assets under the noses of tax authorities while maintaining modest levels of cash available in the bank account, “he said.

Achref Ayadi noted in this connection that the lifting of bank secrecy in Tunisia has to be possible, stressing that it is not a draconian measure, but an economic and ethical imperative. Its guidance is needed, but not to the point of passing through the courts systematically. This would give time to fraudsters to organize the erasure of all traces of the funds under review and hinder the work of the tax authorities.

In Europe, he recalled, judicial and court staff are not the only sides that have a legal privilege to impose on professionals the lifting of bank secrecy. He noted that many other institutions can do this type of action without going through the courts. These include, for example, regulators of the financial sector such as the central banks and supervisory authorities of the stock market. Under certain conditions, competition authorities, social security institutions, audit courts and central or regional tax administrations can also invoke situations where the public interest requires a lifting of bank secrecy immediately. Of course, all of this is framed by laws protecting personal data and that can impose sanctions on financial sector operators in cases of abuse in the processing, storage and dissemination of information to the competent authorities, according to him.

Achref Ayadi expressed concern at the fact that such a measure of transparency will encourage good customers (fraudsters, well stocked accounts) to desert banks and withdraw assets massively, which would worsen, he said, the current liquidity crisis and lead to a credit crunch in the deadly timing.

“Basically, our main problem in Tunisia is not the law in its most technical expression,” he said, noting that in Tunisia, there are many good laws poorly enforced. “Our problem is with the little credit granted by citizen to agents representing government and the corruption and voyeurism some of which show and the lack of civic consciousness of the general interest.

The state is weak. The state does not inspire confidence. However, we expect, on the part of elected officials that they set an example of transparency and not to obstruct the work of the administration by harmful legal rigidities. It is giving the impression that the election campaign looming is partly funded by influential fraudsters covered by the legislators themselves, “he added.

For his part, Ferjani Doghmane, President of the Finance Committee in the National Constituent Assembly told Express Fm it would have been possible to include the lifting of bank secrecy in the supplementary Finance Act 2015 and 2016, since it is not an urgent reform.

He called, however, for the need to find solutions to the issue of subsidy, support resources and establish a fair taxation.

It should be noted, moreover, that the lifting of banking secrecy is closely monitored internationally. Recall in this regard the position of the Organization for Economic Cooperation and Development (OECD) that has threatened to rate Tunisia among countries that do not have the necessary guarantees for fiscal accountability. That organization has also threatened to consider Tunisia as a tax haven, following the surge in tax evasion and opposition from some to the lifting of bank secrecy.

CEO of BH to Africanmanager We will be more aggressive on...