HomeFeatured NewsTunisia-Midland Highway: many jobs, but there are other challenges
Featured News

Tunisia-Midland Highway: many jobs, but there are other challenges 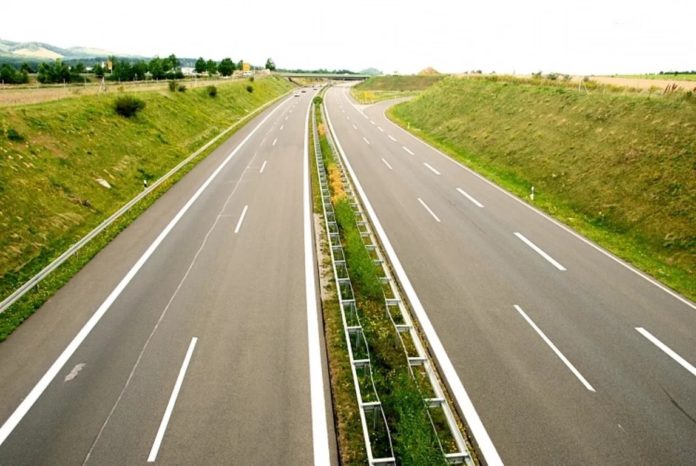 A financing agreement worth an estimated € 166 million (482 million dinars) to support the Sbikha / Jelma highway project was signed on Thursday, December 14, 2017 between the European Investment Bank Investment (EIB) and the Ministry of Development, Investment and International Cooperation.

The agreement was signed by Zied Laâdhari and Ulrich H. Brunnhuber, head of the EIB’s diplomatic representation in Tunisia, in the presence of Minister of Public Works, Housing and Spatial Planning, Mohamed Salah Arfaoui and Sophie Vanhaeverbeke, Head of Cooperation of the EU Delegation to Tunisia.

The project concerns the construction of a two-lane road linking the cities of Sbikha and Jelma for 99 km.

It is rather the second part of a Tunis / Jelma highway project covering in its entirety 186 km and requiring investments of about 1423 million dinars.

This project aims to develop the public transport sector, strengthen the motorway network, boost investment and create economic dynamism in the interior regions.

Ulrich H. Brunnhuber welcomed the signing of this contract, saying it reflects the EIB’s confidence in Tunisia and its commitment to support the transition and economic development in the country.

“This is a major funding that reflects our strong support for Tunisia and Tunisians in accordance with our commitment at the “Tunisia 2020″ conference… I am especially happy to sign this new funding with Tunisia with whom we are bound by a partnership of trust and high quality,” he said.

He also noted that this project, which has been supported by the EIB since 2011, will have a real impact on the daily lives of the inhabitants of these governorates in terms of transport and quality of life.

In addition, it will allow the creation of 140 direct jobs and nearly 10 thousand indirect jobs during the construction period, according to him.

The EIB’s support for this project dates back to 2011, with grants of € 4.7 million from the EU and its Member States, while financing preparatory studies (technical, economic, environmental and needed to start work on this road project.

In fact, in November 2016, the EIB committed to provide Tunisia € 2.5 billion by 2020 in support to the implementation of its priority development programs.

For the real estate sector, the EIB supported 11 projects for 2.5 billion dinars.

For his part, the Minister of Public Works said the EIB has supported his department since 2011, in all stages, from preliminary studies to the preparation of bid documents relating to the realization of the project of the Midland highway.

Work on the Tunis-Jelma priority section will start at the end of 2018 over a period of 3 years.

An important symbol and advantages

For his part, Zied Laâdhari said that this funding is a great message from our European friends, especially in this period when Tunisia is preparing to celebrate the anniversary of its Revolution.

It is also, according to him, a very strong message of confidence and the determination of Europe to further strengthen cooperation between the two countries.

He said that this project will consolidate the infrastructure in the interior regions and strengthen the productive fabric of economic development: “without infrastructure, we cannot set up productive projects,” he said.

Laadhari noted that this credit will be repayable over 30 years, with 4 years of grace.

Tunisia: almost half of the South Pipeline Project completed