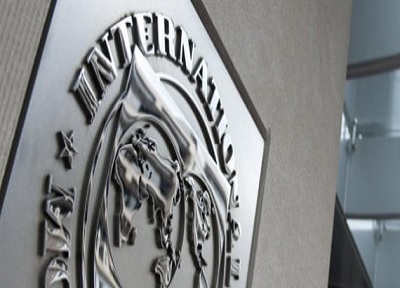 “Following frank and focused talks, the IMF team and the Tunisian authorities reached a staff-level agreement on the policies needed to complete the second review of Tunisia’s EFF.

The main challenge for the months ahead is to make-up for the significant delays in lifting long-standing obstacles to growth and addressing large fiscal and external deficits.” This is the statement made by Mr. Björn Rother, Head of the IMF Mission for Tunisia.

He visited Tunis from November 30 to December 13, 2017, to complete the 2017 Article IV consultation and conduct the second review of Tunisia’s economic program supported by the four-year IMF Extended Fund Facility (EFF) approved in May 2016.

“Building on their ambitious budget law for 2018, the Tunisian authorities have expressed their commitment to take decisive action before the consideration of the Second Review by the IMF’s Executive Board and the remainder of the program period.

Completion of the review would make available SDR 227.3 million (about US$320 million), bringing total disbursements under the EFF to about US$1 billion,” he said.

“Two opposing trends characterize the Tunisian economy at the end of this year. Growth has firmed up to reach about 2 percent due to the sustained improvements in security.

Yet on the other hand, macroeconomic vulnerabilities have become more accentuated and require urgent action. Public debt will reach 70 percent of GDP by the end of the year, the record current account deficit will be in double digits, and the international reserves of the Central Bank of Tunisia have fallen.

“The economic recovery opens a window of opportunity for taking decisive action. The Tunisian authorities have already taken an important step in adopting a bold budget law for 2018, which aims at reducing the fiscal deficit to below 5 percent of GDP.

Reducing energy subsidies, which disproportionately benefit the rich, and pressing ahead with the reform of the social security system are additional steps towards stabilizing public deficits and debt.

Continuing the Central Bank of Tunisia’s strategy to tighten monetary policy, including by containing bank refinancing, will help anchor inflation expectations and provide support for the dinar in the foreign exchange market. Exchange rate flexibility will continue to contribute to making the Tunisian economy more competitive.

“To allow the Tunisian economy to fulfill its promise to the Tunisian people, accelerating longstanding reforms is indispensable.

The overhaul of the regulatory framework for the resolution of non-performing loans and of the governance of public banks will help small and medium enterprises (SMEs) to gain more access to bank finance.

By making the overall banking sector more efficient, public bank reform will directly ease one of the most important constraints on growth and jobs in Tunisia.

The imminent appointment of the executive board of the High Anti-Corruption Agency will be an important milestone in the government’s fight against corruption.

“The IMF supports the objective of the Tunisian government to be removed as soon as possible from the EU’s list of non-cooperative tax jurisdictions.

In this context, the gradual convergence between the on- and off-shore tax regimes and the ongoing modernization of tax administration with a view to improve tax compliance are reform commitments supported by the EFF.

Making full use of the recently created Large Taxpayers Unit will help display the authorities’ commitment to improving the fairness and transparency of the Tunisian tax system.

Tunisia’s ongoing participation in the G20 initiative Compact with Africa also attests to the country’s strong commitment to international trade and seizing the opportunities from foreign investment and economic integration.

It also had discussions with representatives of the private sector and civil society; and coordinated closely with the World Bank and other external partners of Tunisia. The mission would like to thank the authorities and all those with whom they met for their warm welcome and constructive discussions.”

Air France will not be resuming flights to Tunis on June...