HomeInterviewTunisia: Ministry of Public Works tightens the screw and calls for review...
Interview

Tunisia: Ministry of Public Works tightens the screw and calls for review of legislation on expropriation! 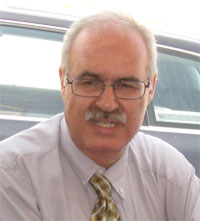 It seems that expropriation problems are still those that most hinder and block the implementation of projects planned by the Ministry of Public Works, not to mention social problems that have increased after the revolution and turned into blackmail. That is why the Ministry of Public Works has called to change the current legislation that disadvantages the interests of the ministry compared to those of the expropriated. For further clarification, Africanmanager contacted Ghazi Cherif, Director General of Roads and Bridges.

What are the axes of intervention of the Directorate General of Roads and Bridges?

The first axis of our management is the preservation of heritage and road maintenance.

About 70 million dinars of road maintenance funds (at current or preventive) were set for the year 2013. The second axis of action is the rehabilitation and upgrading and standardization of roads, i.e. more than 7 meters to avoid traffic and safety problems that may arise from narrow roads. Our road network is up to 63% above the norm. We have projects of about 700 km which are running throughout the territory of Tunisia. These rehabilitation projects are advancing at 60 to 70%. The Directorate is also seeking funding for a program to rehabilitate 700 km. Its total cost is 220 million dinars.

The third axis is relative to filling gaps where there is no continuity in the roads. We have 3,500 km on which we are filling gaps. These roads are, for the most part, in the South, mainly in Tataouine. We have a five-year program providing for the implementation of 200 to 300 km of roads. 141 km of roads are currently in progress with a cost of 70 million dinars and the rate of progress is at 10 to 20%. This project started a few months. We have also planned 201 km in the interior regions, and we are looking for funding. Works of this project will be started the next year as soon as funds become available.

The other axis is the refitting of roads damaged by the amount of traffic. More than 700 km are underway with a progress rate up to 95%. We can say that they are nearing completion. The total cost of the project is 100 million dinars.

Another type of intervention: rural roads that experienced a huge depression after the revolution. More than 800 km of rural roads have been programmed (some projects are in progress, under construction, or in tender), i.e. 7 times what has been achieved during the last five years (1,600 km on average).

In addition, there are 2,000 km of projects related to deviations from cities, bypasses and interchanges or doubling routes. We have many projects in this direction.

Are there any problems encountered during the implementation of these projects?

Yes! Problems are enormous. The mentality of the citizens and the administrative procedures of expropriation of land disadvantage us. There are citizens who were compensated before the Revolution, but came again, explaining that they have sold their land under duress, calling to review the cost while they had signed a contract amicably…

Do they have the right or not?

Some landowners do not want to listen to reason and compromise notwithstanding the amount and cost put forward, while several others are working to make the most of the situation by claiming from the administration huge and unreasonable money sometimes up to 10 times the actual amount of land. Some lands have been acquired with over a billion.

Can we speak in this context of canceled projects?

Yes, several projects have been canceled due to problems of expropriation, for example, Jendouba diversion project which was abandoned. We were unable to begin its construction. Citizens of this region did not want to let construction begins. They rejected the amount of the proposed compensation. Several rounds of negotiations were held, but without result.

And why you have not adjusted the price?

The Conciliation Committee, which is chaired by a judge, is alone authorized to adjust and raise the price. Unfortunately, we were forced to stop the site and we will terminate the contract by mutual agreement. This is not the fault of the company but rather the Tunisian administration. The cancellation of this project is a big loss for Jendouba.

Are there any other canceled projects?

There are not really other projects that were canceled but rather projects that have met many difficulties. I may mention the problem of the interchange of Denden whose dealings amounted to 80,000 dinars, besides expenses of the fence and the construction of a garage in favor of the expropriated owner.

Several other projects are subjected to several problems, mainly at the level of execution.

There are problems generally affecting deviations such as the GP1 highway access. This project has been stopped for two years for expropriation problems, especially with the German cemetery, but it was fixed at 60% currently.

The doubling of Nabeul Road is also facing a problem of expropriation.

The deviation of Kasserine will also be stopped. This decision will not affect the entire project but rather a stretch of about 3 km due to problems of expropriation.

How do you see the solution then?

We must review the administrative proceedings that are complicated and require a lot of time up to 5 years. Abroad, the State acquires the land ownership by law and carries out its project, which is not the case in Tunisia, where regulations discourage investors and projects. Many donors have advised the government to amend the regulations to find an agreement and consensus with citizens, and avoid blocking projects. These people are a minority, accounting for only 10%, but even if only 100 meters are not released, the project will not start and it is a problem that blocks us as it is the case of the deviation of El Hamma, Gafsa, Kasserine and Beja. That of El Kef has just started.

Works in some sites also stopped following social demands to provide jobs to youth in regions where the project is in progress which poses a problem of overuse, whose compensation is supported later by the Ministry of Public Works. This poses a lot of problems but it is being managed. Add to this problems related to the security situation.

Tunisia: trade coverage down to 71.2%