HomeInterviewTunisia-Mohsen Hassan: ''It is difficult to speak of recovery in 2013''
Interview

Tunisia-Mohsen Hassan: ”It is difficult to speak of recovery in 2013” 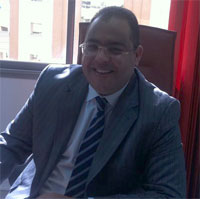 The economic and financial situation of the country, the impact of political events on the national economy, the main current challenges in Tunisia as well as forecasts for the coming years are the focus of an interview given to Africanmanager by Mohsen hassen, university professor and expert in economics.

1/What do you think of the economic and financial situation in the country?

It is appropriate to acknowledge that despite the deep crisis of the euro area and especially in the major trading partners of Tunisia, the Tunisian economy has made a slight performance with a growth rate of 3.6% which, however, has not managed to contain an unemployment rate of 17.6%, still too high.

This improvement was driven primarily by a good agricultural season, tourism is improving but has not yet reached 2010 levels and air transport where the number of passengers increased by more than 30%

Inflation, which is estimated at 5.9% in February 28, 2013, remains very high due to global food and energy prices, the depreciation of the dinar and distribution channels yet highly disturbed.

The slow growth of exports and the explosion of imports have widened the current account deficit (8.1% at the end of January of the current year against 7.4% in December 31, 2011). This has led to a fall in foreign exchange reserves, which had nevertheless improved in the last quarter of 2012 due to foreign borrowing and stabilize currently at a level equivalent to 107 days of imports after the repayment of a 330-million-euro bond by the end of last month.

The budget deficit, estimated at 6.6%, is of concern, especially with the upward trend in operating expenses for the current year.

2/To what extent may the country’s economic situation be affected by the political one?

It should be noted that two years after the Revolution, and over a year after the election of a National Constituent Assembly, the outlook is still unclear, whether for the next election or completion of the constitution.

The security situation is still unstable, especially after the assassination of militant Chokri Belaid.

This has weighed heavily on the economic and social situation, but the formation of the new government last week has certainly given hope to Tunisians who want these priorities to be economic and especially in terms of boosting investment, exports, consumption, control of inflation and job creation.

Forecasts for 2013 and 2014 remain pessimistic, especially if the situation does not improve in Europe and Libya, and if the political and social environment deteriorates. Already the government of Hamadi Jebali has revised its original forecast of 4.5% growth for 2013 down after the events of early this year.

With regard to the budget deficit, some experts predict a widening of the deficit during the period 2013-2017, which is consistent, among others, with projections published by the International Monetary Fund (IMF) in its latest report.

IMF experts already recommend “consolidation,” not to say austerity to avoid an excessive increase in public debt which will already be around 47.2% of GDP and even 51% of GDP, if the State recapitalizes state banks

The year 2013 is a year of anxiety and hope, at both security and political levels; it seems difficult to speak of a recovery in these national and international conditions. The economic objectives of the new government involve basically the creation of 90,000 jobs and a growth rate equal to the one achieved in 2012.

Achieving these objectives of economic recovery depends on political stability and social peace on the one hand, and the adoption of a series of measures to reduce public deficit, boost investment and stimulate the creation of employment, regional development and economic growth, on the other hand.

5 / What are the main current challenges in Tunisia?

The current difficulties faced by Tunisia are enormous. I am concerned about the situation of the banking sector with non-performing loans estimated at 13% of their loan portfolio, an ineffective compensation system, a budget deficit, a public debt and a system of social security entering a crisis.

I am also concerned about an inappropriate model of development that deserves a quick review.

Nigerian bonds market capitalization up by 55.61%