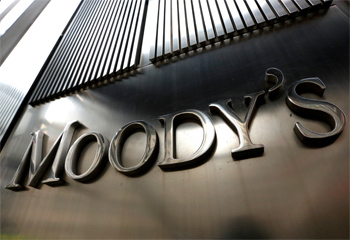 Moody’s Investors Service on Tuesday affirmed Tunisia’s government issuer rating at Ba3 and changed the outlook to stable from negative.

The key drivers of today’s rating action are:

A significant decline in domestic political risk emphasized by the successful democratic transition and installing of a broad unity government.

Reduced external funding challenges following the resumption of official financing and access to international capital markets and the gradual reduction in fiscal and external imbalances.

As part of its rating action, Moody’s has also affirmed the debt rating of the Central Bank of Tunisia at Ba3 and changed the outlook to stable from negative. The Government of Tunisia is legally responsible for the payments on all of the central bank’s bonds given that they are issued on behalf of the government.

Rationale for assigning a stable outlook

The first driver for the assignment of a stable outlook is the successful democratic transition with the installing of a broad-based unity government which counteracts the polarization between moderate Islamists and secular parties that emerged during the transition process.

The end-2014 presidential and parliamentary elections after the adoption of the new constitution in January 2014, represent the culmination of a multi-year democratic transition process following the January 2011 Jasmine revolution.

The second driver for the outlook stabilization is the improved access to finance reducing government liquidity risk.

This includes availability of official financing, via the recently extended IMF Stand-By Arrangement and additional multilateral and bilateral funding commitments to support Tunisia’s economic reform process over the next few years.

The third driver for a stable outlook is the gradual reduction of fiscal and external imbalances.

On the fiscal side, the fiscal consolidation process is supported by both revenue measures and expenditure restraint in the form of lower energy subsidies, for instance, which are further supported by the recent fall in oil prices.

The increased focus on capital expenditures in the 2015 budget should support the shift toward growth-enhancing expenditures, although the public sector wage bill remains elevated at over 12% of GDP. Moody’s expects the fiscal deficit to reach 5.3% in 2015 before declining to 4.2% in 2016 as a result of the improving growth outlook.

On the external side, Moody’s expects a reduction in the current account deficit from the peak reached in 2014 in view of improving external demand from EU trading partners, lower oil prices and recent onshore oil discoveries that support the oil and gas production profile, in addition to the boost in food exports following a record olive oil production season.

While Moody’s expects the tourism industry to recover in a more gradual manner, data for Q1 2015 point to a gradual resumption of FDI inflows, which will bolster the country’s foreign exchange reserve buffer.

The maintenance of an adequate reserve buffer is key in view of Tunisia’s significant foreign-currency debt share at over 60% which increases the debt burden’s vulnerability to a sharp depreciation of the domestic currency.

Rationale for affirming the rating at Ba3

Tunisia’s credit profile and positioning among peers supports the affirmation of the Ba3 rating.

The public administration and civil society’s ability to navigate the four-year transition process in the face of social upheaval and security disruptions attests to the country’s robust institutional framework.

That said, pronounced regional disparities and labor market inefficiencies add to social tensions which weigh on the country’s investment climate and growth potential.

Government liquidity risk remains a moderate constraint on credit quality in view of public gross funding requirements of around 10% of GDP over the next two years. The Ba3 rating also captures vulnerabilities in the public banking sector which is undergoing a significant restructuring process.

What could change the rating up/down

Timely implementation of the structural reforms agreed under the extended IMF program would be credit positive, including public bank recapitalization and governance reform in addition to fiscal reforms geared toward leveling the playing field between the on- and offshore sectors in order to promote more inclusive growth.

A sustained fiscal and external rebalancing would also exert upward pressure on the rating.

Moody’s would consider assigning a negative outlook in the event of: (1) an unexpected deterioration in the domestic or regional security environment with lasting negative spillovers on economic activity; (2) further delays in bank recapitalization and structural reform implementation which weigh on the investment and potential growth outlook; (3) a sharp increase in fiscal and external imbalances.