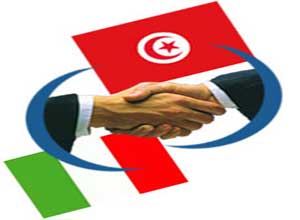 Minister of Energy, Mining and Renewable Energies Hela Cheikhrouhou called, on Thursday in Rome (Italy), on her counterparts from the Mediterranean countries to support the interconnection project between Tunisia and Italy.

This pilot project will bring together the two coasts of the Mediterranean and mobilize means favoring the development of electrical exchanges between the two southern and northern shores, she added at a meeting of energy ministers of countries of the “Union for the Mediterranean” (UfM).

Cheikhrouhou, whose remarks are reported in a statement issued by the ministry, presented at this meeting, the broad outlines of the national energy strategy by 2030 and the investment opportunities available in various high value activities, including those relating to the development of renewable energies in the Tunisian energy mix.

In addition, the meeting resulted in the adoption of a ministerial declaration and a work plan for the next two years in the fields of electricity, renewable energy, energy efficiency and gas.

The CPG is on the brink of bankruptcy, warns the UGTT!