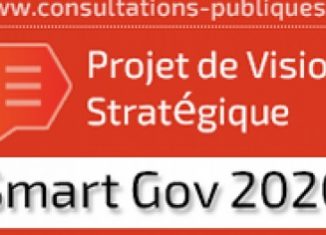 The new e-government strategy, “Smart Gov 2020”, has just been unveiled. Funded by the AfDB to the tune of 500 million dinars, this system is structured around 5 main pillars, Minister of Information Technologies and the Digital Economy, Anouar Maarouf said at a conference organized on this occasion.

According to him, the first pillar targets the re-engineering of administrative processes in the service of the citizens. The second pillar concerns programs comprising the various information systems of the administration and all that relates to the flow of information between different administrations, such as the electronic management of correspondence.

The third pillar focuses on the reform of the information systems of all sectors in order to integrate the e-government system, while the fourth pillar is linked to the new services that e-government will provide to citizens. The last pillar obviously affects the Open-Gov, which will allow Tunisia to climb on the scale of the main destinations for investment.

A paperless administration by 2020

Through this project, Tunisia aims to digitize the Tunisian administration through e-service with a goal of “zero paper” by 2020, added the minister. He highlighted the efforts made at this level to eradicate the complexity and slowness of current administrative procedures favoring certain forms of corruption.

How? Through an efficient and open administration, by providing accessible, simple and high quality services to citizens and businesses, the Minister replied.

Towards the realization of development projects

This opinion is shared by his colleague Abid Briki, who took the opportunity to insist on this policy.

For, the reform of the Tunisian administration and its modernization are becoming more and more a requirement and an important step to begin the major reforms. “The objectives of the Five-year Development Plan 2016-2020 can never be achieved without modernizing the administration or improving its performance by adopting the new information technologies,” assured the minister.

As justification, he highlighted the current state of administration which does not favor investment and the achievement of the objectives of post-revolutionary Tunisia, especially in this economic situation marked by an abysmal budget deficit that would to rise to 6 pc at the end of 2016, accentuated by the worsening of public debt, at around 64 pc of GDP, against just over 40 pc in 2010.

This is important for a government that relies on these reforms in terms of governance and integrity and legislation that is supposed to facilitate administrative processes. The aim is to enable the implementation of development policies.

These reforms come at an opportune moment when Tunisia is trying to revive its economy, to stimulate growth and to initiate a new economic dynamic, thanks to the organization of the “Tunisia 2020” conference. It is an unavoidable event that proves confidence in the Tunisia, with the numerous commitments announced.

Between donations, aid and credits, this event made it possible to garner a total financing amount of 34 billion dinars.