Tunisia: new CEO for Tunisair, Minister in standoff with his Boss! 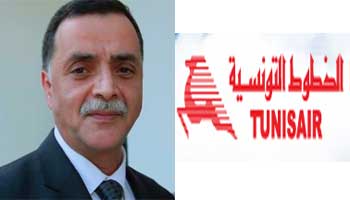 The last CEO of the Tunisian national flag carrier, which is still struggling in financial difficulties, slammed the door for nearly a week.

He submitted his resignation to the Minister of Transport, one of his former managers at Tunisair, who has not yet officially accepted it. Although dismissed in shameful conditions for the 2nd Republic of Tunisia, while he had claimed at least one year ago his right to retirement, Rabah Jrad is still the signatory of everything concerning the affairs of Tunisair which he no longer runs in the offices on the 5th floor .

“There will soon be a new CEO for Tunisair, the situation can not endure emptiness,” we were told by Lassaâd Mrabet, Chief of Staff of the Minister of Transport.

Meanwhile, many names have been circulating for the post of CEO of the listed company and released, in fact, by the government.

As for the CEOs of the Tunisian Radio and many other public companies, none seem to have the backing of the famous “public authorities.”

According to consistent information, there would be a difference of opinion at least between Minister of Transport Chiheb Ben Ahmed, and his boss, Prime Minister Mehdi Jomaa.

The Tunisian Prime Ministry had at that time not released any statement in support of the former CEO. Jomaa had eluded even our question about it during his recent press conference. Since then, many names have been circulating; the latest is that of Salwa Essghaier.

Information leaked therefore, purposely or not, have yet reported the appointment of Mrs. Salwa Essghaier as head of Tunisair. An appointment proposal that would come from the Prime Minister and a name on which Lassaâd Mrabet tells us that “we have nothing official about it in the Ministry.”

The minister, meanwhile, still refuses to accept journalists, as he made it clear to us, though, with a smile, on the sidelines of the recent press conference of the prime minister in which he was present.

Several sources indicate, however, that the appointment of this young woman, a former senior official of the Ministry of Industry where the current Prime Minister had served and his current advisor for economic affairs, would not be received positively by the Minister of Transport. This would probably explain the silence of Minister Chiheb Ben Ahmed about this appointment as head of Tunisair, company under the direct supervision of the Ministry of Transport.

Our very reliable sources provide, however, another explanation. According to these sources, one of them is close to the Minister of Transport, the latter would be negotiating with the Tunisian Prime Minister a new governance for Tunisair, a company whose future and even existence dictate decisions that could be taken directly only by the minister in charge.

According to our sources, the new type of governance that Minister Ben Ahmed would like to apply would involve the separation between the general management and the chair of the Board of Directors.

For the Chief of Staff of the Minister of Transport, “the department’s approach as regards governance is based on known references, such as those of the OECD, which advocate the separation between the functions of CEO and Chairman of the Board and we are trying to apply it to all institutions under our supervision.”

The information is not new. Officials close to the Minister of Transport had already contacted for this purpose former Finance Minister Jalloul Ayed to offer him the post of Chairman of the Board of Tunisair without leading to anything.

What is new, according to our sources, is that the minister would himself chair the Board of Directors of Tunisair. Such governance, if it were true, would be a first and even constituting a conflict of interest, in so far as a minister cannot be both judge and party and cannot above all hold two positions!

Foreign Minister Steinmeier on politicians’ detention by the military in Burkina...