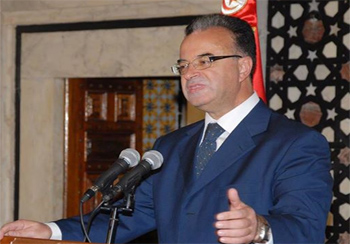 The new five-year plan (2016/2020) will be completed before the end of November 2015, Minister of Finance Slim Chaker said Saturday.

This plan will be presented to investors during the Tunisia Investment Forum planned over the period, he told TAP news agency on the sidelines of a conference organized by the Prime Ministry and the World Bank (WB) on “Governance of Economic Reforms.”

He stressed the importance of ensuring broad support for these reforms on the part of professional organizations and the civil society in order to give them more credibility among foreign investors.

The government is working to achieve reforms in the fiscal, banking and customs sectors, besides the amendment of the investment code, the adoption of a law on public-private partnership (PPP) and the competition law, recalled Mr. Chaker.

Sectoral reforms are also engaged in the sectors of health, education, higher education and vocational training.

The conference stressed the importance of meeting deadlines, mobilizing skills and raising funding necessary for these reforms, the minister said.

The success of these reforms is likely to give more credibility to the work of the government according to experts of the World Bank, quoted by Mr. Chaker.

The experts also recommended to plan reforms according to priorities and to introduce them gradually, while initially ensuring proper coordination between the various stakeholders.