HomeNewsTunisia: number of strikes in private sector and public institutions down 17%
News

Tunisia: number of strikes in private sector and public institutions down 17% 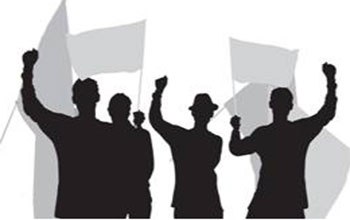 The number of legal strikes carried out in the public and private sectors reached 119 strikes during the first half of the current year of which 89pc observed in the private sector (i.e. 106 strikes, according to statistics of the Ministry of Social Affairs.

The social climate in private companies during this same period of the current year, in comparison with 2017, saw a 13pc drop in the number of strikes.

The number of days lost fell by 46pc compared to the first 6 months of last year.

Claims for improvement of the financial situation are among the main causes of 52% of the strikes in the private sector, followed by demands for the promotion of working conditions (32%), improvement of industrial relations (11%) and solidarity among workers (5pc).

The strike rate observed in the public sector is of the order of 62pc during the first half of 2018.

Improving working conditions is the main demand of public sector employees at 67pc, followed by the call for salary increase (20pc), improvement of industrial relations (10pc) and solidarity between employees (3pc).

The civil service sector saw a 31.5% decrease in strikes the first half of the current year, compared to the same period of last year.