HomeInterviewTunisia: Over 550 billion in losses in stock market following Sousse and...
Interview

Tunisia: Over 550 billion in losses in stock market following Sousse and Bardo attacks 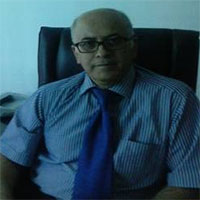 Aberraouf Boudabous adviser to the Directorate General in charge of development at the Tunis Stock Exchange (TSE) has granted an interview to Africanmanager where he discussed the impact of the recent terrorist attacks, notably those of Bardo and Sousse on the stock exchange and listed companies. Boudabous also spoke about the current state of the stock market and forecast for the next period.

Terrorist attacks have increased since the Revolution, what are their effects on the Tunis Stock Exchange?

In all stock markets of countries that experienced such events, markets are immediately affected by investor wariness and their indicators may experience large declines impacting in parallel on indices and trading volumes.

However, the multiplication of these events focused on such a strategic sector as tourism to Tunisia could have a greater impact in the medium term on other sectors related to this economically sensitive activity such as air transport, the financial sector, trade… Consequently, some parts of the economy could be affected. Without minimizing the impact of these attacks, I think listing at the Tunis Stock Exchange is quite diverse and few areas are exposed to the tragedy.

Statistically speaking, the Tunis Stock Exchange has acted differently from the first terrorist act which was the late Chokri Belaid was victim. The Tunindex experienced its biggest drop on February 6, reaching 3.47%. Ever since, the stock market experienced annual declines in 2012 and 2013 and was able to recover significantly in 2014 and 2015 thanks to the success of the political transition.

And what about the Bardo and Sousse attacks?

The attacks on Bardo Museum and Sousse have had the same effect except that they changed target to hit a key sector of the economy, the tourism, which impact will affect several sectors.

During the first attack, the stock fell 2.47%, recording losses equivalent to 411 million dinars in the value of its stock market capitalization. However, the market quickly recovered its losses and even recorded successive increases during the three months that followed, culminating in an increase of 12.36% in the first half.

How can we justify this recovery?

I may mention first the international wave of solidarity with Tunisia and the mobilization of civil society in condemning these barbaric acts. The international march, which was organized a few days after the Bardo attack, has reduced the impact of the terrorist operation in time and helped to restore confidence in the market.

Do you mean that this recovery is due only to that international solidarity march?

Other factors have greatly mitigated the effects of the first attack. The renewed confidence of foreign investors has been a great support for the good performance of the market and its resilience to these events since the beginning of the year. The market capitalization held by foreigners gained more than 2% percent to stand at 26% and their share in the trading volume exceeded 20%. They have strengthened their positions in several listed values. For the second consecutive year, the net balance of interventions from foreign investors remains positive and represented more than 4 times the amount realized in 2014, a net balance of 182 MTD against 42MTD in the same period in 2014.

This hoisted trade on Stock Exchange to much higher levels compared to the same period last year: 31% increase in volumes since the beginning of this year with an average daily volume of 8.5 billion dinars. The other highlight of this period is that of the IPO of UADH group that managed to place on the market an amount of 80 MTD in the secondary market.

On the primary market, the volume of emissions has tripled compared to the same period of 2014. The volume of emissions covered by the CMF (Financial Market Council) reached 605 MTD much of which was made by financial companies. Banks accounted for the largest volume with a total of 285 MTD, including 200 MTD issued by the “Banque de l’Habitat” as part of the recapitalization effort.

The last attack of Sousse has certainly had an impact on listed companies; do you have a call or message for them especially in this very difficult situation?

The listed companies are best placed to overcome this situation. They have financial tools and regulatory mechanisms to ensure good behavior of their shares. However, in such situations, they should communicate regularly to the market on their situation and their project to avoid the impact of rumors and false information.

Supervision of investors is now more than necessary to restore confidence and allay fears. All actors in place in this framework could play an important role in this direction.

In light of these figures and the events that shook the country, what are the predictions of the stock market for the next period?

Certainly, the situation is difficult for the Tunisian economy whose problems are deepening more and more if they are not circumscribed quickly. Obviously we could not have a dynamic stock market if we do not have a rosy economy.

Since 2011, the stock market has been livings in more challenging domestic conditions. Despite this, issuers continue to invest and improve their performance, which is a performance in itself. They even distributed dividends and allocated bonus shares.

The banking sector is being recapitalized and is strengthening its financial base to better cope with this situation. Investors have so far shown their support and confidence in all financial transactions made so far. We must then keep morale high for the rest of the year

Too few companies have requested an IPO this first period of the year, why according to you?

We completed a successful introduction of a group, that of UADH, on the Stock Exchange even after the Bardo attack. The operation was a success and attracted thousands of shareholders. Its share has performed well since its introduction in June. We are currently on a second operation; the Stock Exchange’s Board of Directors gave its agreement for the admission of the company “Office Plast” active in the production of school supplies and stationery. It will be listed on the alternative market in the second quarter by a capital increase in the market which will cover 36% of capital. It is now seeking a final licence from the regulatory authority (CMF).

In 2015, we probably will exceed the threshold of 80 listed companies against 78 currently.

We also note that there is a delay in the transmission of results by listed companies?

Rather, many efforts and notable progress has been made at the level of financial disclosure. The rate of delay in the publication has decreased for various legal publications. Listed companies are increasingly aware of the importance of good financial communication published on time. Increasingly, some of them have made of financial communication a strategy to improve their reputation, retain their shareholders and ensure good behavior of their shares.

For the first quarter 2015, three or four companies released late their activity indicators, including Syphax and Sotetel. For the publication of the annual financial statements 2014, they are Syphax, Sotetel, Tunisair, Syphat, BNA and Servicom that have not yet done it.