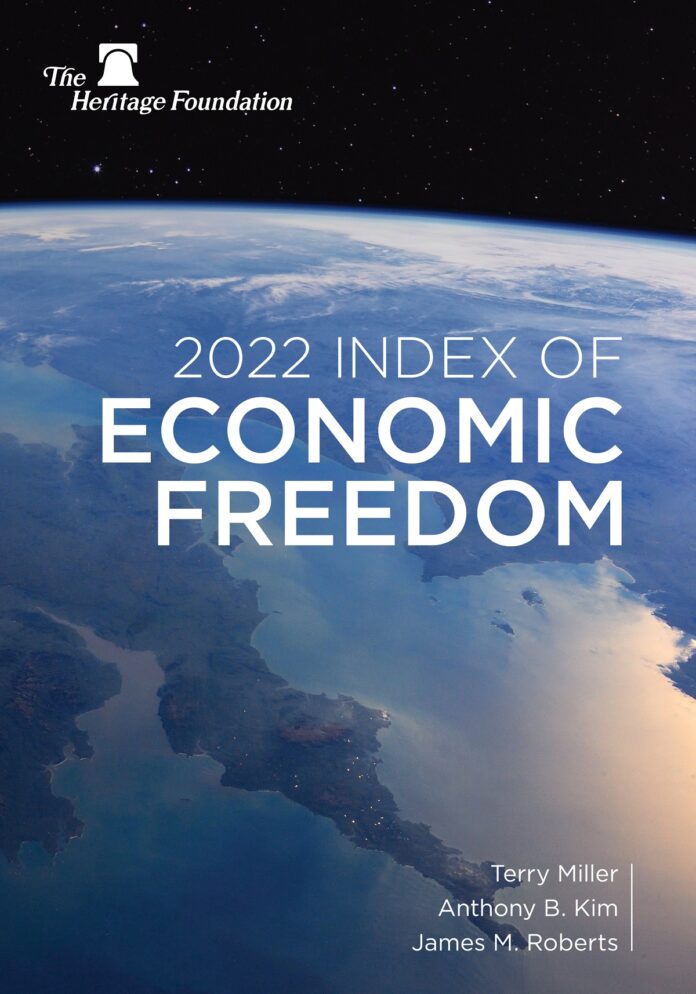 Tunisia is among the countries with the least economic freedom, according to Canada-based Think Tank, the Fraser Institute. With a score of 6.09 out of 10, it ranks 128 out of 165, in the Annual Report, Economic Freedom of the World 2022. Notwithstanding a gain of eight places compared to the previous edition, Tunisia does not reach the African Top 10. On the other hand, it is in 10th position in the Middle East and North Africa (MENA) region.

The Fraser Institute ranks countries from the freest to the least free by giving them a score from 0 to 10. The institute evaluates and ranks countries in five areas: Size of Government, Legal System and Property Rights, Sound Money, Freedom to Trade Internationally, and Regulation.

The lowest rating given to Tunisia concerns the legal system and property rights. With a score of 5.08 out of 10, the report shows that the protection of people and their legitimately acquired property is not guaranteed, which affects economic freedom. On the other side of the spectrum, Tunisia’s highest score was on money growth, with a score of 8.01. This criterion highlights the importance of a currency and the relative stability of prices in the exchange process.

Fraser Institute points out that a relatively stable currency over time reduces transaction costs and facilitates trade, promoting economic freedom. However, Tunisia’s ability to trade internationally is rated at 5.7, down from 6.31 previously. Indeed, economic freedom is restricted when governments impose restrictions that impair the ability of residents to trade voluntarily with other countries.

Tunisia nonetheless makes it into the MENA TOP 10

Jordan is first in the MENA region in terms of economic freedom and manages to score 7.37 out of 10, placing it 45th in the world. The United Arab Emirates (49th) is in the second place.

Mauritius is in the lead on the African continent, coming 9th in the ranking with a score of 7.88 out of 10. Cape Verde is second in Africa, ranking 30th in the overall list. Botswana also made it to the podium, ranking 49th internationally. Uganda (60th) and Seychelles (72nd) follow suit, ahead of Kenya (78th) and Rwanda (81st). Eighth in Africa, Nigeria (92nd) is better than Namibia (96th). Zambia (98th) closes the TOP10 ahead of Morocco, South Africa and Tanzania, all ranked 99th in the international ranking.

Tunisia: call for reopening of air and sea routes with Libya