HomeNewsTunisia ranked 74th in Doing Business 2016, up one spot
News

Tunisia ranked 74th in Doing Business 2016, up one spot 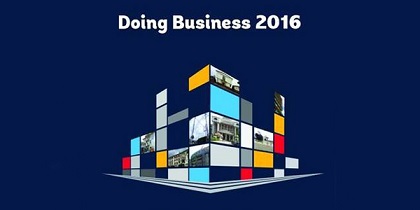 Tunisia was ranked 74th at “Doing Business 2016” of the World Bank (WB), moving up one spot compared to its ranking in 2015, ahead of Morocco (75) and coming on the top of Arab Maghreb countries.

The annual report published by the World Bank on Tuesday in Washington, said that 20 economies in the Middle East and North Africa (MENA) on a total of 189 countries have implemented at least one reform facilitating the business environment in 2015.

Tunisia also improved international trade practices in the past year. The country facilitated trade through the port of Rades by increasing the efficiency of its state-owned port handling company and by investing in port infrastructure. One important structural improvement at the port was the extension of the dock to increase terminal capacity.

The improvements in hard and soft infrastructure at the port reduced border compliance time for both exporting and importing, saving traders in Tunisia 48 hours per shipment.

According to the report, Tunisia was ranked 103rd in Starting a Business, far from Morocco (43th) and UAE (60). However, Algeria occupies the 145th spot.

As for dealing with construction permits, Tunisia was ranked 57th rank ahead of Algeria (122), while Morocco occupied the 29th place and the UAE came second.

In terms of Getting Electricity, Tunisia was ranked 38th, Morocco 55th, UAE 4th and Algeria (130th).

As for Registering Property, the country was ranked 86th, behind Morocco (76th). Algeria occupied the 163rd place and UAE came 10th.

Concerning the protection of small shareholders, Tunisia is ranked 105th, Morocco (105) and the UAE (49).

Singapore topped the list of Doing Business, followed by New Zealand and Denmark. Eritrea occupies the bottom of the list at the 189th place and Libya (188).