HomeInterviewSlim Besbes to African Manager: "I wish wage negotiations would not have...
Interview

Slim Besbes to African Manager: “I wish wage negotiations would not have started” 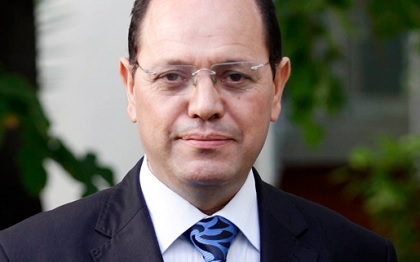 Slim Besbes, former finance minister and vice chairman of the Committee on the fight against corruption and control of public finances at the House of People’s Representatives (HPR) gave African Manager an exclusive interview in which he spoke of the main orientations of the draft finance law for 2016, pointing to the strengths and weaknesses of this text.

Can we have details about the finance bill for 2016?

The draft budget law for 2016, submitted to the HPR Bureau by the government on October 16, is a 400-page document consisting of two parts: a first section dedicated to estimated budgetary spending and revenues and a second to tax measures.

At budgetary level, it should be noted that the forecasts for 2016 are based on assumptions about economic indicators that I consider both realistic, like the average price of a barrel of oil at 56 dollars or a dollar exchange rate at 1.97 dinars, and proactive, as the growth rate is estimated at 2.5% and the budget deficit rate set at 3.9%.

The volume of the total budget is set at 29,250 million Tunisian dinars, up 7.1% compared to 2015, which after three years of expansionary fiscal policy, grew 0 compared to that of 2014.

Indeed, the new figure set in 2016 is used to cover the constraints and choices in public spending.

What are the guidelines or main orientations of this bill?

The 2016 finance bill is based mainly on the following points:

– A reduction in subsidy budget by 19.2% compared to 2015, which is this year at 2,612 million dinars, knowing that this reduction is especially due to the drop of fuel subsidy by around 580 million dinars. However, the amounts allocated to the subsidy of basic products climbed to 1.6 billion dinars.

– Finally the budget dedicated to the development expenditure is in the order of 5,400 million dinars, of which a half will be dedicated to old projects that are in progress.

Are the own resources provided for under this law really able to cover expenses?

Unfortunately, own resources in the budget (tax and non-tax resources), which amount to 22,656 million dinars, are far from covering the above-mentioned expenses.

As a result, the debt rate, despite the control of the budget deficit, has increased slightly compared to its level of 2015 to reach 53.4% ​​of GDP, distributed between 34% in internal debt and 66% in external debt. This is the main vulnerability of our public finances.

According to some experts, it is the employee who will bear the heaviest burden? To what extent do you share this opinion?

Indeed, it is the employees who bear the heaviest burden, despite the existence of an urgent need to reform the income tax so that the other income owners contribute significantly and fairly in feeding the state budge.

If we reform other income groups such as broadening the base of taxable income and if the tax authorities have the means to control, this would lead to the alleviation of the tax burden on employees through, for instance, the revision of the abatement system or the revision of the barometer for the lowest bracket.

Tax reform for some subjects (PIT VAT) has been postponed due to the budgetary impact of wage increases.

I wish in this respect that negotiations on wage increases would not have started, separately from the debate on tax reform. Social partners and the state should have come together around the same table to find other ways to improve the purchasing power by revising for example the scale of the income tax and not by raising wages.

The finance bill 2016 contains a tax reform and other measures against smuggling and the black market. To what extent could these new provisions solve the economic crisis in Tunisia?

The finance bill 2016 is supposed to establish long-awaited and repeatedly delayed measures on tax reform. However, it appears that due to the constraints and pressures on the state budget, reforms that have a financial impact or negative economic or social effects were again postponed, like the reform of the scale of the income tax or the VAT rate.

Are you saying that the 2016 finance bill lacks important measures?

No, it’s not really that. The draft budget law still contains important measures that should be signaled and which relate to:

– Broadening of the base of the PIT and VAT and simplification of the flat-rate scheme.

– The customs reform and easing of taxation of certain imported products

– The fight against smuggling and informal trade

– The fight against tax fraud and increasing transparency

– Consolidation of the guarantees of the contribution, both in the control stage and litigation phase.

Do you have suggestions or points to be corrected in this bill?

Necessarily, we will thoroughly discuss the finance bill, either as part of our parties or within the Finance Committee; and we will carefully listen to comments from all stakeholders, and we will certainly put forward proposals for amendments and new provisions to fill some gaps.

Tunisia: Good news for textiles, but not in England!