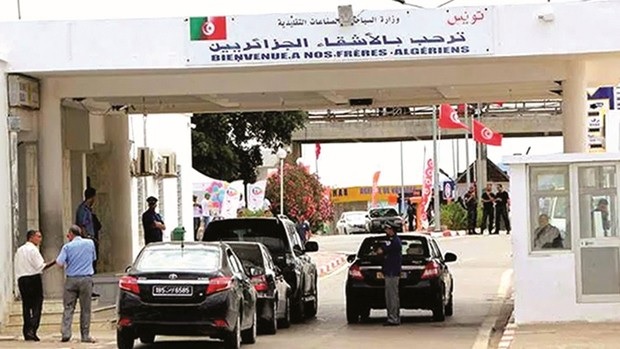 The decision to reopen the borders between Tunisia and Algeria after a closure that lasted about two years due to the COVID-19 pandemic is an important opportunity for economic recovery in Tunisia through the return of Algerian tourist flows to the Tunisian neighbor.

Algerian President Abdelmadjid Tebboune, last Tuesday, officially announced the decision to reopen the land borders of his country with Tunisia. That decision will come into force on July 15.

This measure, which was taken on the sidelines of the visit of President Kais Saied in Algeria on the occasion of the 60th anniversary of its independence, concerns passenger and car movement, after it was limited to goods only, which, in turn, returned to their status quo ante last May.

Without further ado, the Ministry of Tourism announced in a statement its diligent availability to welcome Algerian tourists. The Minister Mohamed El Moez Belhassine chaired, Tuesday, a coordination meeting in the presence of a representative of the National Office of land border crossings, and by VCT the representative of tourism in Algeria and the regional delegate of tourism Tabarka – Ain Draham.

The Minister urged taking all necessary measures and coordinating fully with all parties concerned for the reception of Algerian tourists so that they spend their vacations in the best conditions, especially at border crossings and in hotels.

A “step forward” for tourism

President of the Tunisian Federation of Travel Agencies Ahmed Bettaieb said the opening of borders with Algeria is a step forward for the sector and all tourism activities, but it remains dependent on many factors, the most important of which is how the various parties involved will manage the preparations for their reception, because this decision came relatively late.

In a statement to African Manager, Bettaieb stressed that “at this time, it is not possible to provide figures relating to bookings… but what can be confirmed is that after the announcement of the decision to open the borders between the two countries, the demand for the Tunisian destination has increased significantly.

He said that demand increased, especially in the governorates of Nabeul (Hammamet), Sousse and Jendouba (Tabarka).

The same source stressed that the overall proportion of Algerian tourists in Tunisia is 9% of total bookings.

Their return will also contribute to that of the economic dynamics in border governorates and coastal cities at the level of small businesses, in addition to the return of the strong demand on apartments and houses in the seaside sites for rent.

July, but also August and September

It should be noted that in 2019, which is a reference year for the number of tourists, considering that the closure of borders continued for two years, the number of Algerian tourists arriving in Tunisia reached about 3 million, knowing that the cities of Tabarka, Nabeul, Hammamet, Sousse, Monastir, followed by the island of Djerba, are the preferred tourist areas of Algerian tourists.

The arrival of Algerians in Tunisia is not limited only to the summer tourist season, but also includes the New Year celebrations.

The regional president of the Tunisian Federation of the hotel industry of Nabeul-Hammamet, Narjès Bouaskar, said hoteliers hope Algerian bookings will continue until after the summer season, that is to say during the months of September and October, especially since the Tunisian domestic market is unstable and that the Tunisian tourist is linked to the return to school.

In a statement to MosaiqueFm Thursday, she confirmed that tourism stakeholders and hoteliers have been informed of the news of the reopening of the borders by land to Algerian-Tunisian tourists from July 15, a decision that closes the unfortunate parenthesis of the closure of borders to Algerians and Tunisians on both sides for nearly two years.