Tunisia : Remote court hearings to be generalised within two months 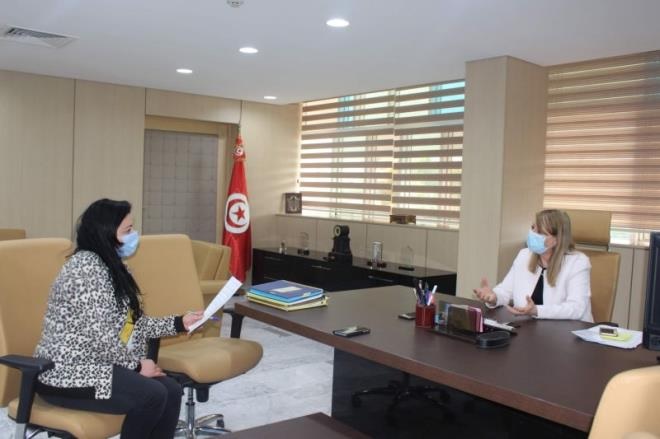 The experience of remote court hearings will start on May 2, 2020 in the Court of First Instance of Tunis and in a space set up at the civil prison of Mornaguia which will have the same specificities as a courtroom in terms of functionality (architecture and decor), Minister of Justice Thoraya Jeribi said in an interview with TAP.

The choice of the Court of First Instance of Tunis responds to a request made in this sense by all the stakeholders in the judicial system, since 53% of all cases pending in the various courts of the country are entrusted to this jurisdiction, the minister explained.

However, this experience will be generalized in other courts of first instance and courts of appeal in a period not exceeding two and a half months, assured the minister. It will have to include criminal and penal courts that pronounce a prison sentence.

According to Thoraya Jeribi the courts are operational at the infrastructure level. They will be equipped with audio-visual means of communication during remote trials and court records will be digitised.

Independently of the exceptional situation underwent by the country, the system of remote hearings is part of an overall framework of digitization of the public service of justice, and in implementation of an agreement signed, in 2017, between the Ministry of Justice and the Ministry of Communication Technologies and the Digital Economy, she pointed out.

This project is also part of bilateral and multilateral agreements ratified by Tunisia and aimed at modernising the organisation of the courts.

This mechanism also aims at preventing and stemming spread of the COVID-19 pandemic and protecting those involved in the judicial system, the minister said.

It also seeks to avoid the transport of prisoners in this stage of general lockdown.

This will also allow for the rapid resolution of pending cases, given that people in custody account for two-thirds of those sentenced in prisons,” she said.

The prison population currently stands at 17280 people between convicted prisoners and those awaiting sentencing, she said.

On the decree-law on remote hearings issued Wednesday evening in the Official Gazette, the minister explained that the court may, on its own initiative or at the request of the prosecution or the accused, decide the presence of the accused in detention during hearings and this after submitting the matter for opinion to the prosecution and provided that the accused agrees.

The Minister of Justice has stated in this regard that the decree law guarantees the principle of a fair trial for the defendant.