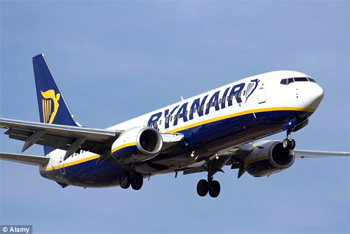 Ryanair could soon open a route to Tunisia. The company management is currently discussing with the relevant Tunisian authorities to make this happen.

After Transavia, easyJet, Vueling and TUIFly who announced the opening of new routes to several Tunisian cities, Ryanair should be the next low-cost airline to serve the country.

Indeed, it’s been several weeks that management of the Irish carrier discussed with the Tunisian authorities as part of a project to open a new flight.

Further meetings are even planned. “Ryanair will soon come to negotiate, confirms Abdellatif Hamam, Director General of the National Office of Tunisian Tourism (ONTT). There is a project, he said in statements to French specializing site Tourmag.

They have requested a meeting with the Minister of Tourism and ONTT. In these discussions, we play a facilitating role of communication with the different authorities. ”

The link could be to a regional airport. It could be that of Tabarka.

On the side of Ryanair, there is no confirmation. But it does not deny it either. Through a spokesman, the low-cost said it welcomes the recent statements of Tunisian Tourism Minister Selma Elloumi Rekik. During a meeting with French tourism professionals, she said “The open sky? We are coming to it! “.