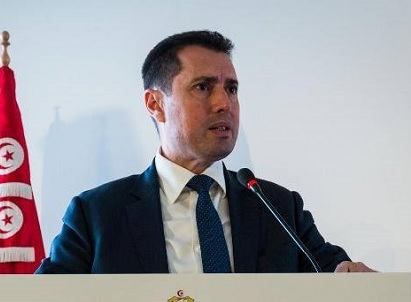 Tunisia is working to increase the production of natural gas and oil and the use of renewable energy to meet local demand, said Minister of Industry and Small and Medium Enterprises (SME) Slim Feriani.

The number of exploration permits has increased, for the first time in Tunisia since 2011, to reach 30 prospecting permits, in addition to the drilling of 13 wells.

Speaking at a parliamentary plenary session to discuss financing for the Tunisian Electricity and Gas Company (STEG) to import natural gas, Feriani added that many of the prospecting licenses have registered a decline in recent years.

However, this year, the number of permits has increased after the adoption of six prospecting licenses and three more others are in the process of being adopted.

The minister said 50 areas in Tunisia have not been explored, adding that the Tunisian government must attract foreign investors to prospect hydrocarbons, knowing that the operation costs between 3 and 5 million dinars.

It will also reduce by 30% the country’s imports of natural gas.

Feriani said the ministry is working to identify solutions to several issues, such as renewable energy, saying the state will accelerate the energy transition, especially as many of the renewable projects that have come into operation will to produce 1000 megawatts in a month.

The State continues to subsidize hydrocarbons, but the energy deficit must be reduced and energy consumption must be controlled, with a view to reducing the volume of the government subsidy for these products, he pointed out.

Tunisia: SIPHAT sees its revenues fall by 23% in the first...