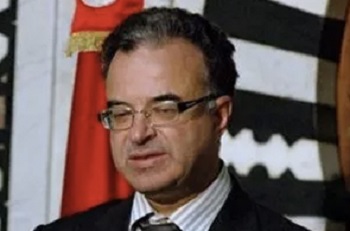 “The share of the “black economy” will be brought down to 20% in 2020, against 50% at present to increase the share of the real economy to more than 80%.” This is what was announced by Minister of Finance, Slim Chaker.

At the first meeting of the Joint Committee for Transparency held by the finance department and components of civil society on Thursday October 1, the minister said “an appropriate plan for the modernization of customs has been set up to fight against this phenomenon which has been a constant source of concern among representatives of the various economic actors.”

He stressed, in this regard, that the diagnosis of the customs body has helped identify some flaws. These include “excessive” customs duties imposed on import and complexity of administrative procedures in addition to the entry ban on some products. Other factors have also contributed to the proliferation of the informal economy, including the exorbitant taxes imposed on consumption ranging from 100% to 680%, he added.

Slim Chaker noted that the new plan for the modernization of the customs essentially aims to eliminate tariffs (0%) on the import of equipment and raw materials for the benefit of SMEs and their reduction to 20% for the rest of the products, considering that these measures will certainly help reduce the informal sector.

Still in the same context, the Minister noted that “a commendable effort is being made to reduce “red tape,” stating that” the reform of the customs to be launched on January 1 will also be based on the development of the computer system and strengthening decentralization through the generalisation of regional departments of customs in all governorates.”

This work will be strengthened by the adoption of the system of “economic operator” approved for exporting and importing companies, to build trust between economic actors and the Ministry of Finance.

Slim Chaker, on the other hand, announced that “these measures will be implemented in January 2016, following the adoption of the Finance Act 2016.” He added: “these reforms will bear fruit in three years, once implemented according to scientific visions.”

This is a major challenge, according to the Minister, requiring the development of a clear reformist vision backed by the needed will and courage to implement appropriate measures and in order to end lobbies trying to sabotage this process.

For this reason, he called on the components of society to support any reform program initiated by his department to meet this challenge and to lay the foundations of good governance.