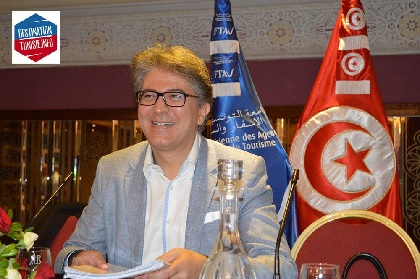 Professional travel agents met recently in Hammamet to discuss the problems besetting the sector especially the significant fall in the number of foreign tourists who still visit Tunisia.In an interview with African Manager Mohamed Ali Toumi, President of the Tunisian Federation of Travel Agencies (FTAV) said that tour operators will organize a “snail down” on 8 October, 2015. This initiative aims to sensitize the government to the problems of those professionals and request its support, said the official.

What are the problems of Tunisian travel agencies?

Many travel agents suffer from several problems mainly financial. These agencies are facing bankruptcy and are no longer able to pay their debts. The government should respond and implement concrete measures to save the sector.

Are there any travel agencies which have closed?

Nearly 120 travel agencies located in Tozeur and Douz have closed and that following the deterioration of conditions in the tourism sector mainly after the terrorist attack that targeted a hotel in Sousse. Most of these travel agencies that are located in the South are no longer active.

It is in this context that the professionals of the travel agencies sector in Tunisia gathered and launched a distress cry to push for the implementation of measures announced by the government after the terrorist attack in Sousse.

How can the sector be saved?

The professionals of the travel agency industry in Tunisia are in great difficulty especially after the two terrorist attacks in Sousse and Bardo. They laced a cry of distress, mainly while the measures that were announced by the government after the terrorist attack in Sousse have not been materialized. It was decided to organize a “snail down” scheduled for October 8. This operation consists in driving at low speed on roads with strong and specific messages, in order to draw attention.

Has domestic tourism saved the sector, especially after the Sousse attack?

No, domestic tourism could not save the sector. But it has saved some hotels. The tourism sector in Tunisia is in a very sensitive position especially after the terrorist attacks in Bardo and Sousse.