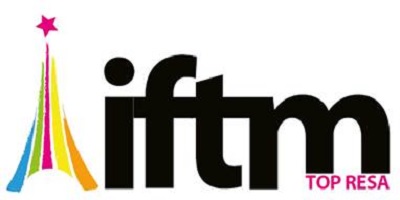 Tunisia is taking part at IFTM Top Resa 2015 held in Paris from September 29 to October 2, 2015, with a stand of 150 square meters, for the first time focusing on design and the digital.

“The digital communication media have replaced for the first time conventional media to satisfy professionals and be in tune with the demands of the international tourism market marked by increasing competition,” Adel M’henni, officer in charge of PR at the Tunisian National Tourist Office (ONTT) told TAP.

He added that “a touch-screen table was installed to better promote the Tunisia destination, in addition to a digital guide on the application” Tunisia passion “, an application available since last June on Android or IOS in seven languages including Chinese.”

The Tunisian stand has dedicated an area of 20 square meters to professionals from the Southeast Region to promote the island of Djerba “as a destination of its own.”

In a statement to TAP, Jalel Henchiri president of the regional federation of hospitality in the Southeast stressed that “the destination and even the region is disappearing because of the crisis that has worsened by the events that took place in 2015.”

For his part, Director General of ONTT Abdellatif Hmam said Tunisia must “solve the problem of the three” S “, namely security, hygiene and service” to meet the challenges in the tourism sector, severely affected by the crisis.

He announced, in this respect, that training programs in the field will be strengthened and further training will be provided to improve the quality of services in this area.