HomeFeatured NewsTunisia-Sousse Attack: the overwhelming gesture of a survivor back there with funds...
Featured News

Tunisia-Sousse Attack: the overwhelming gesture of a survivor back there with funds raised for Sahloul hospital (photos) 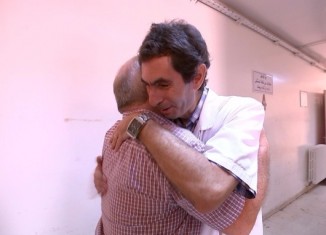 Tony and Christine Callaghan are a British couple who survived the Sousse attack that killed 38 including 30 Britons, despite being seriously injured. The couple managed to survive this ordeal and have worked to make this horrible event something positive, raising funds for the hospital that took care of them, despite “the physical and mental scars that will accompany us a lifetime.”

The survivor has undertaken to return to the scene of the attack and especially to meet the medical staff in Sahloul hospital where he was admitted and treated him and his wife.

The revisit was covered by ITV British television channel.

“How could we ever return to a country we left on a medical transport plane, seriously injured and traumatized?” Wondered Tony Callaghan, who responded immediately, saying:” the attack has all but destroyed Tunisia’s tourist industry. The Tunisians were left to their knees by this senseless attack. So should we blame the Tunisian people? Of course not; how can they be held responsible for such terror? “. 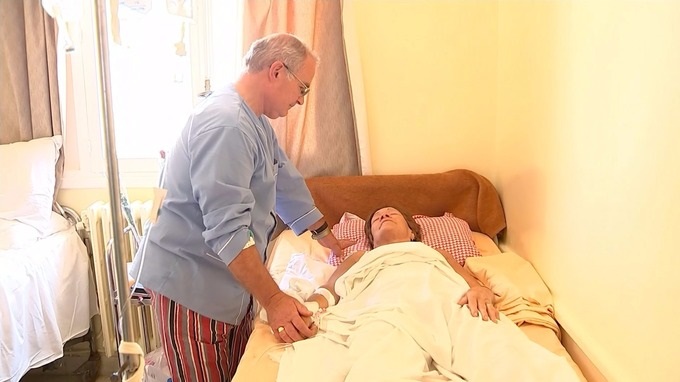 “The medical staff of the Sahloul hospital in Sousse, who took care of my wife and myself as well as many other tourists seriously injured that day, can only be commended for their professionalism, caring nature and the strength of empathy shown towards all of us, “the survivor said, adding that the “deep sorrow and shame they feel for what happened in their country were evident among those who had taken care of us.”

He said he and his wife raised, in total, 10,000 dinars to be used for the acquisition of equipment for the orthopaedic department of the Sahloul hospital, adding that he wanted to come in person to Tunisia to present the check, a “sincere gesture of gratitude we owe to all,” he said.

Back there, Tony Callaghan was filled with emotion to meet again the surgeon who saved the leg of his wife and all his staff. “The reception I was given was overwhelming and shone through the darkness of that horrible day as a beacon of light showing all that is good in this country and its people,” he told hospital staff members, who, he has said are “real Tunisians who want peace and democracy, not war and terror.”

The funds were warmly welcomed by Dr. Karim Bouattour, who saw them as “an exceptional event”, noting that the hospital had never witnessed such a gesture before.

The second part of his journey, Tony Callaghan spent it visiting the Imperial Marharba Hotel Hotel where the massacre was perpetrated, “the most difficult time for me,” he said. 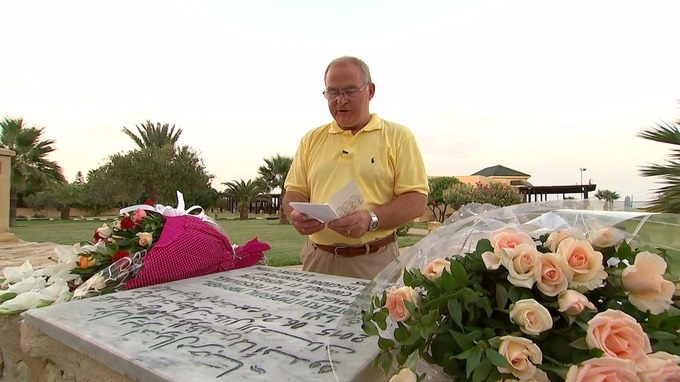 Revisiting the hotel and the last corridor where so many tourists were trapped and then killed or injured was extremely emotional for me, but I felt I could now put what I had then lived in some perspective. The horrors of that day and what I witnessed will never leave me, but I somehow got to learn to live with them and move forward in my life, with my wife on my side, “he said.

He concluded: “As a last tribute to all those innocent people who lost their lives that day, I felt it was my duty to pay my sincerest homage to them and their families, by laying a wreath and reading a verse at the memorial that was erected in the hotel gardens to their memory. “