HomeFeatured NewsTunisia: the man who speaks away about the Revolution and whom nobody...
Featured News

Tunisia: the man who speaks away about the Revolution and whom nobody hears! 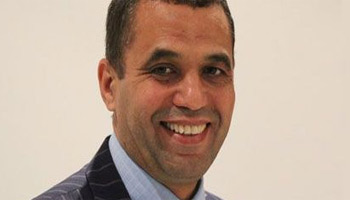 The biggest challenge for development in the governorate of Kef in 2013 is private investment, Minister of Regional Development and Planning, Jameleddine Gharbi, recently told TAP news agency.

After the “Razmel is Jabene” and “El Rjel amayel,” famous expressions of his prime minister when he was speaking about businessmen, with a clear desire to denigrate them, the Minister of Regional Development told TAP ” the private sector is the only guarantee to ensure the development of the region and promote youth employment. ”

427 projects have been planned in the governorate of Kef for 2012 with investments of 365 million Tunisian dinars (MTD). The climate of tension has persisted in Kef which recently experienced a general strike. The strike was decided to protest against the “government’s failure to respect the agreements signed with the Tunisian General Labor Union (UGTT), on the fight against unemployment and the realization of development programs in the region.”

In 2012, some 37 businessmen have submitted plans for the realization of projects in the governorate of Kef, with a value of 40.6 MTD. They will generate 808 jobs, said the Minister of Development.

Some 245 agricultural projects have been planned for 2012 spread over the various delegations with investments of 11.4 million dinars. They will generate 245 jobs.

There are also eight tourism and services projects with a cost estimated at 8.1 million dinars. They will create more than 110 jobs.

The minister, who has particularly stood out by his prodigious figures which he provides all the time when he speaks of what he does, without this being clearly apparent on the ground, also indicated, this time about El Kef, that “stability in the governorate of Kef is a necessary condition to attract businessmen, encourage cooperation and capitalize on the natural and cultural characteristics of the region.”

Always making promises in response to the claims of Tunisian disadvantaged regions, Jamel Gharbi added that “the Ministry of Development has established contacts with Japanese university experts in natural resources, which have worked out a development strategy, in collaboration with the association Atlas.”

Then trying to be practical, in a situation where angry voices are raising in protest against non-fulfillment of claims after the Revolution, the minister told TAP “among the 427 projects planned in 2012, 58 projects have been completed, 136 others are under construction, 64 being tendered, 84 projects under study and 34 are pending, while 51 projects are facing financial difficulties and a lack of labor, the minister said.

A budget of 16.276 million dinars was allocated to the regional council Kef for the realization of the regional development program including projects related to lighting, drinking water, development of roads projects improvement of standard of living, said Jamel Gharbi. ”

It should be noted that such statements have already been made by the Minister of a department which the government clearly no longer sees the need to keep it and even considers merging it with the Ministry of Investment to make it the next Ministry of Planning, whenever social tensions rekindled in disadvantaged areas.

It must also be remembered that the state budget for the year 2013 has included higher operating expenses than development ones!

It is also important to note that the blame in this speech lies only partially in the minister. Obviously, Jamel Gharbi is struggling to find solutions to disadvantaged regions but is, in our view, only goldbricking.

The revolution having not yet yielded fruit in post-Ben Ali Tunisia, all regions, so-called disadvantaged, want solutions immediately and to everyone. Rebels, who have not yet found what they expected and what many parties, including Ennahdha, had promised them in their election speeches, are still unable to curb their impatience to understand that all projects promised by Minister Gharbi, can never be implemented in the days following his speech!

This young minister also works in a national situation where the strike, even illegal, is an inalienable right. He struggles for a country where the sit-in becomes a vested right, a country where the “Dégage” (Go Out) is still relevant and spares no official whatever his level of competence and regions, where a mere inappropriate word of a minister and even the head of state causes violent demonstrations. He is also serving amid an economy where young people think more of a job in the public service than of private job and finally an economy where business is first, even if it is contraband!

This is what makes this minister always smiling, still speaking with a speed almost impossible to keep pace with and relating figures that are staggering even for the greatest economists.

He is, for the moment speaking away when he recalls that investment cannot be done in social turbulence. He is thus a minister who speaks, to say nothing, compared to the expectations of empty stomachs that listen to him!

Tunisia: Inflation rises to 7.8% in June