HomeInterviewTunisia-Tourism: If we continue on the same trend, we will get closer...
Interview

Tunisia-Tourism: If we continue on the same trend, we will get closer to 2010 figures, says Jamel Gamra 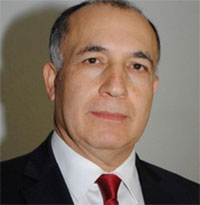 Minister of Tourism, Jamel Gamra, whom we met during the tour organized in the Southern Region on the occasion of the celebration of World Tourism Day, is pushing harder to make Tozeur a symbol for a vital sector in the Tunisian economy. The goal, he says, is achievable despite the seriousness of the situation.

It is the third day of the tour initiated by the Ministry of Tourism in the South. Do you think the goal is reached?

It is very early to assess the impact of the tour on tourism. We have invited a group of ambassadors and journalists in order to promote this destination by drawing on the celebration of World Tourism Day. But the main objective is to promote the Saharan offer in the Tunisian tourism, while focusing our promotional efforts on this destination so that it becomes a symbol for the Tunisian tourism.

Personally, I consider that the South is a laboratory for the implementation of the strategy of the Tunisian tourism which states in one of its axes, product diversification by involving regions.

This already requires extra effort by providing the region with a budget. This means decentralization. And this is what we are dedicating ourselves to at the institutional level.

We have already started with the Saharan product. In this context, I can say that the involvement of all stakeholders is still useful for success in other regions.

What are the pillars of the strategy and what added value could it give to the region of Tozeur which has faced several deficiencies especially after the revolution. Thing that has caused the closure of 19 hotels?

There is the characteristic of the sector’s debt that has always marked it as we are concerned with 10 % of hotels and most of the hotels are located in the South. I think it is a structural problem that must be addressed with great courage, openness, transparency and patriotism in order to treat it permanently.

Among the proposed solutions, we my mention the Accept Management Company (AMC) which would be likely to contribute to solving this problem.

Regarding the strategy, it is based on five key areas since we have changed the priorities. There is, first of all, the restructuring of the sector. I think tourism is now called to play its part in the Tunisian economy. This requires, in my opinion, better collaboration with culture and crafts. Tourism is not hotels and restaurants, but especially the history and culture of the country as well as domestic production. All this should be managed with synchronization to ensure the success of tourism.

At this level, it is important to restructure the tourism business. In fact, I met many professionals today, each of who has its own problem and the boundary between one sector and another is unclear. Regulations and a code of tourism which can put rules seem an obligation to create harmony in the area.

The second area relates to product diversification. We are known as a low cost destination, and I say good value for money and a seaside destination while we have many other strengths and specialties that are called to multiply. In this context, we need to enhance our cultural, sports, golf, wellness and Saharan tourism. Still in the context of diversification, we also need to diversify the market. We should not be limited to traditional markets, namely the French market that already has problems. We should not be very dependent on these markets. It is time to seek new markets for a high-growth sector. Useful to remember that there were one billion tourists in 2011 in the world and it is really a global industry.

It is also important to diversify animation which is lacking in our offer and the forms of accommodation.

The third axis is to make our offer more compatible with information technology, since we are still very dependent on tour operators, that is to say, traditional distribution channels while tourists make their reservations through the Internet. At this level, there are many actions including coordination with air transport and others.

The other axis concerns the marketing and promotion of the destination while the last axis aims to solve the structural problems of the sector.

There have been many speeches on product diversification for years, but nothing has been done until now?

Personally, I have a more positive reading. I think during the many years of investment in the sector, many skills have been trained on the Tunisian offer. Moreover, we are ranked 2nd in the world in terms of well-being with more than 50 thalassotherapy centers. Similarly, there are several large archaeological sites and important golf courses.

Many assets are unfortunately poorly exploited and sometimes overlooked?

Absolutely, they are below the ambitions of professionals. What is striking to me is the lack of coordination between departments involved in tourism. Normally in the ideal situation, the Ministry of Tourism should play the role of the conductor with all other departments. It can not go alone without coordination with these departments.

We need this coordination, but which is now lacking in the current stage. And this is what we noted recently vis-à-vis the air service in Tozeur. The incident, in my opinion, is the result of a communication error.

Despite the implementation of a strategy, which is considered important, many observers agree on the importance of changing the mindset to be able to carry out reforms necessary to meet this challenge?

Tourism is a vital sector. We cannot stop one thing and thinking about another. We must continue to succeed. Our goal is to succeed in each season. It is vital for us in the coming days. Besides that, we must confront the deep problems by finding the best solutions in a planned framework in the medium and long terms.

I think that the with the strategy put in place and well developed, we can achieve our goal, and that is what I added to this strategy so that it would not be dependent on a given administration or minister. The establishment of that strategy itself must be conducted with an independent and scientific panel of people involved. It is an implementation of the strategy regardless of the minister.

Let’s talk figures, indices are certainly positive, but we are still far from the 2010 results. It’s still disturbing. What do you think?

I described the figures as satisfactory, but they remain below our ambitions. I must say that our goals are ambitious by reaching the 2010 figures, despite the incidents experienced by the country.

Despite all this, we have managed to make progress and it is positive. If we continue on the same trend in the coming months, we will get closer to 2010 figures.

Figures are relatively good, but the ambitions of professionals are even better.

Your challenge is to reach 7 million tourists. Is it possible to do it in such a situation marked by a political imbroglio, the rise of terrorism as well as the sector’s debt and the concerns of owners of travel agencies?

We started the year 2013 with these problems and the results are good. So we will continue. My hope is to continue on the same trend in achieving a growth of 5 and even 10 % in order to get closer to the figures recorded in 2010.

We do not have many alternatives, but we will focus on our work.

For the new season that will start soon in the South, do you think that the murder of Mohamed Brahmi, shot dead outside his home, will have adverse effects especially on source markets, including France . By the way, we noted the absence of the French ambassador to Tunisia?

We did not note any cancellations although the killing took place in the month of July, that is to say in high season. However, it had an immediate impact on reservations. I assure you that the 10 days following the assassination of Mohamed Brahmi, there was total silence on reservations. Fortunately this is return to normal levels and hoteliers already have a respectable occupancy rate for the coming months.

Regarding the effects, we are still at the beginning of the season in the South. What will make the difference is the deployment of extra effort.

On the French ambassador who was absent. Honestly, I invited him, but he apologized because of a prior commitment. It was really possible to change the program, but he promised to return.

Is tourism able to achieve the desired objectives in a country where the Minister is changed more than 2 times a year?

These are among the things that pushed me to seek a design and management office for the implementation of the strategy. This is essential, but for the daily management of the sector, we have the skills to cope with it.