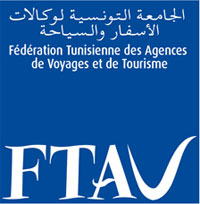 President of the Tunisian Federation of Travel Agencies (FTAV) Mohamed Ali Toumi ruled out the possibility for the tourism sector regain its vigor in 2016, while Minister of Tourism Selma Rekik Elloumi expects an improvement from month of March 2016.

Toumi explained his prediction by the lack of diversification of the tourism product and the impact of the terrorist attacks that targeted Tunisia in March and June 2015.

He called at a meeting held last Friday for the diversification of the Tunisian tourist product through the creation of new specialties, such as cultural tourism (museum visits and discovery tours) and sports tourism, so as to meet tourist demand.

President of FTAV recommended facilitating investment in inland areas, to allow the realization of tourist residences and strengthen the tourist fabric in the country, urging the government to develop the infrastructure to meet tourists’ expectations.

Toumi stressed the need to develop air transport through the restructuring of public and private airlines in the country, emphasizing the importance of ensuring the safety of airports in view of the rise of terrorism.

The Tourism Minister said in early November in Tozeur the beginnings of a recovery in the tourism sector, including for Saharan tourism should emerge from the month of March 2016.

Egyptian stocks drop sharply on back of Sinai incidents