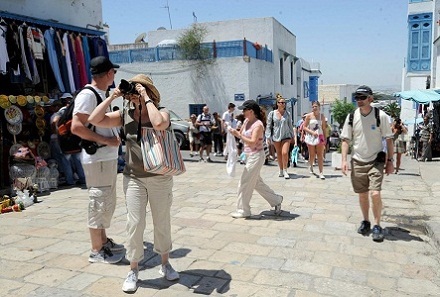 The Tunisian Federation of Hotels (FTH) on Wednesday held a press briefing to give its analysis of the figures of the tourism sector for the year 2018 and enlighten public opinion on the reality of the sector.

Despite the strong growth observed in 2018 in the tourism sector in Tunisia in all respects, the FTH has another reading of the figures, especially those relating to revenue and the average basket per tourist.

Even in euros, and despite the continuous decline of the dinar, revenues have increased for the first time since 2010.

According to the FTH, this is mainly due to the return of European tourists, representing the most structured and transparent markets.

However, the Maghreb tourists, who represent 68% of entries, continue to exchange outside the regular circuits and therefore to pay their stay in dinars, said FTH.

Moreover, 91% of European tourists go to hotels, unlike North Africans (only 25%), or Tunisians living abroad (only 4%).

Excluding the Maghreb markets, the revenue per visitor is 1,567 dinars, or the equivalent of €501, estimates the FTH.

Given that Algerians, Libyans and Tunisians residing abroad pay their tourist services in Tunisian dinar, the FTH estimates these unrecorded foreign exchange earnings to 3.1 billion dinars, which would bring the total tourism receipts in currencies equivalent to 7.2 billion dinars.

In addition, the FTH asserts that tourism receipts published by the authorities must be upgraded and adapted to the standards recommended since 2000 by the UNWTO (World Tourism Organization).

These standards, called TSA (Tourism Satellite Account), take into account the revenues of local tourism, the income of Tunisians residing abroad (currently recorded as expatriate remittances) and the revenues from air transport related to tourism.

In the end, the FTH calls on the competent authorities to publish reliable statistics that reflect the reality of the weight of tourism in the national economy which stands, according to studies, at 13% of the GDP, or even to 17% if it is added income from Tunisian expatriates.

Tunisia: overall volume of refinancing at its lowest since February 2018...