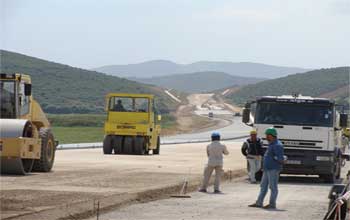 The Trans-Saharan Highway linking Algiers to Lagos (Nigeria), over more than 9,400 km, should be fully completed within three years, Secretary General of the Liaison Committee of the Trans-Saharan Road (TRLC), Mohamed Ayadi said Monday in Algiers.

This Pan-African Highway, which crosses six countries (Algeria, Tunisia, Mali, Niger, Chad and Nigeria), is expected to be ready in three years, i.e., after the completion of the last remaining sections in Algeria, Mali, Niger and Chad, Ayadi told the press on the sidelines of the 62nd session of TRLC.

The Trans-Saharan Road, from the north to the south of Africa, is designed to connect the entire Maghreb and Sahel sub-region through four sections linking two capitals of Maghreb (Algiers and Tunis) to four sub-Saharan capitals: Bamako, Niamey, N’Djamena and Lagos over a distance of 9,400 km.