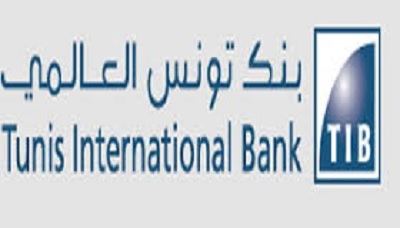 The financial statements of the bank as at 31 December 2017 and as they will be submitted for the approval of the Ordinary General Meeting to be held on March 15, 2018, show a net profit of 9.8 million dollars, up 26.2% from 2016.
The TIB posted a net banking income of $ 17.7 million in 2017 compared to $ 15.3 million a year earlier, representing a growth of 15.4%.
This increase is mainly due to the rise in operating revenues by 13.7% to $ 19.2 million but also to the proper control of expenses that have almost stagnated compared to 2016 to $ 1.54 million.
In addition, personnel costs increased by only 1.9% to $ 4 million, compared to $ 3.9 million in 2016, of which $ 694 thousand related to the remuneration of the Chief Executive Officer and members of the Board of Directors (excluding social security charges).
The Tunis International Bank (TIB) was created in June 1982 as a bank operating mainly with non-residents under the 2009-64 law of August 12, 2009 and under the supervision of the Central Bank of Tunisia.
The bank is subject to tax at the rate of 10% for its activities with non-residents.